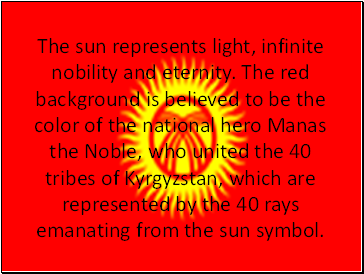 The sun represents light, infinite nobility and eternity. The red background is believed to be the color of the national hero Manas the Noble, who united the 40 tribes of Kyrgyzstan, which are represented by the 40 rays emanating from the sun symbol. 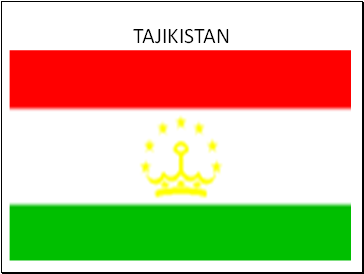 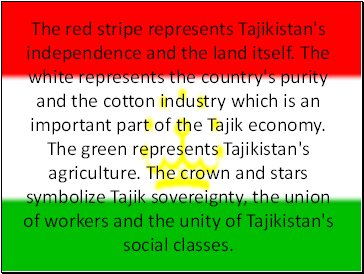 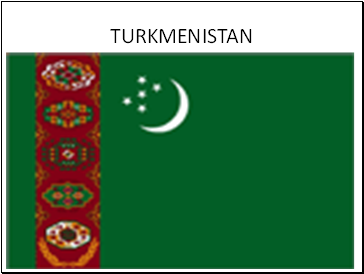 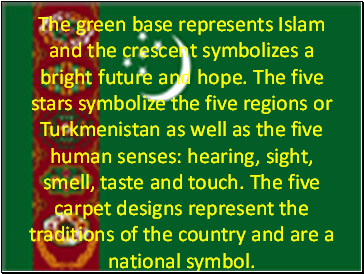 The green base represents Islam and the crescent symbolizes a bright future and hope. The five stars symbolize the five regions or Turkmenistan as well as the five human senses: hearing, sight, smell, taste and touch. The five carpet designs represent the traditions of the country and are a national symbol. 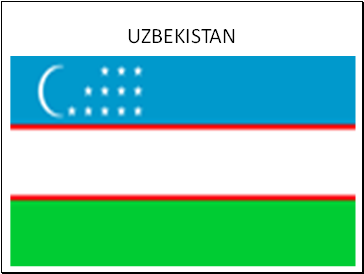 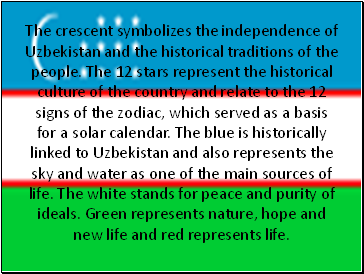 The crescent symbolizes the independence of Uzbekistan and the historical traditions of the people. The 12 stars represent the historical culture of the country and relate to the 12 signs of the zodiac, which served as a basis for a solar calendar. The blue is historically linked to Uzbekistan and also represents the sky and water as one of the main sources of life. The white stands for peace and purity of ideals. Green represents nature, hope and new life and red represents life.