The nuclear bomb gave America a lead which was expected to last at least 5 years. The rapid Russian development of nuclear technology, helped by the work of the “atom spies” was a shock. Significantly, Russia hurriedly declared war against Japan at the beginning of August 1945 and rushed to advance into Asia to stake out a position for the post-war settlement. This helped make both the Korean and Vietnamese conflicts more likely. 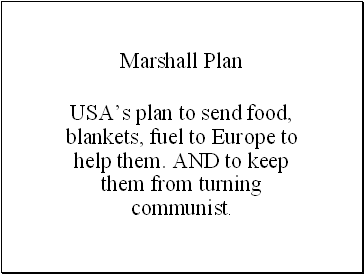 USA’s plan to send food, blankets, fuel to Europe to help them. AND to keep them from turning communist. 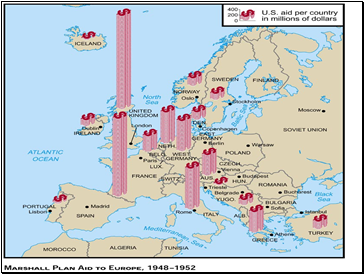 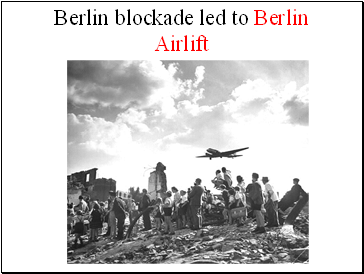 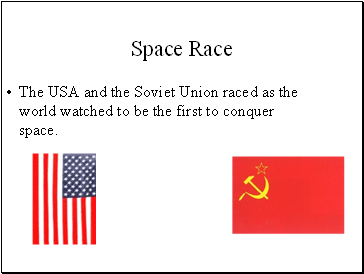 The USA and the Soviet Union raced as the world watched to be the first to conquer space. 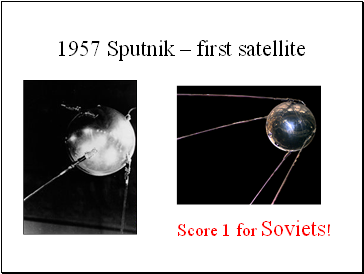 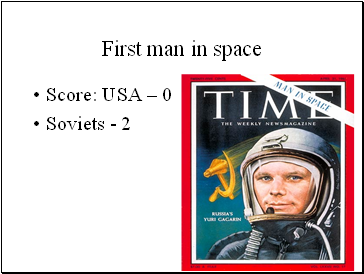 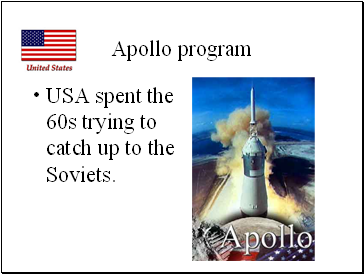 USA spent the 60s trying to catch up to the Soviets. 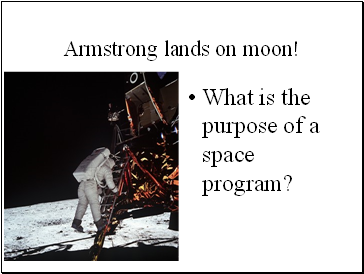 What is the purpose of a space program? 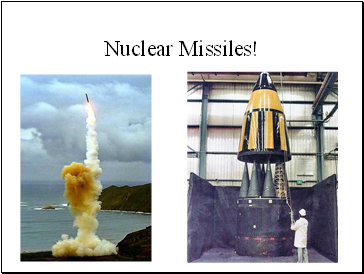 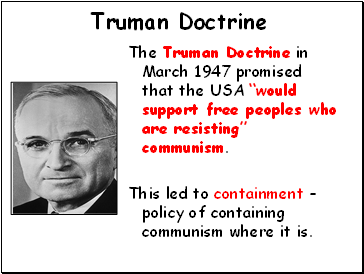 The Truman Doctrine in March 1947 promised that the USA “would support free peoples who are resisting” communism.

This led to containment – policy of containing communism where it is. 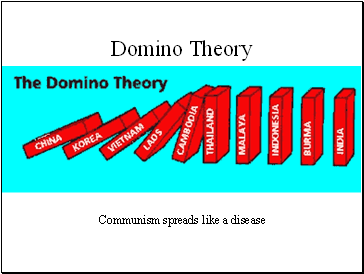 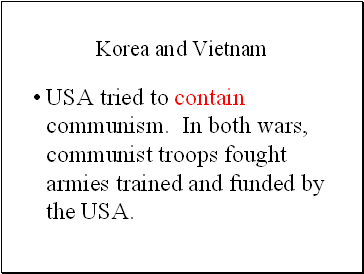 USA tried to contain communism. In both wars, communist troops fought armies trained and funded by the USA. 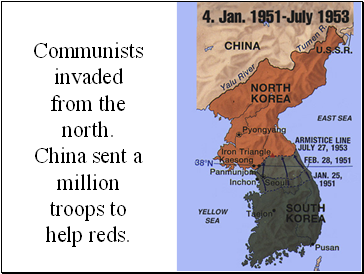 Communists invaded from the north. China sent a million troops to help reds. 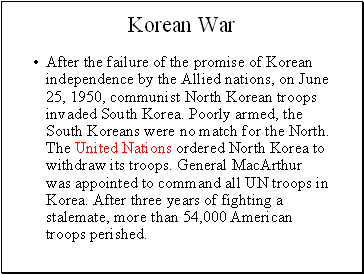 After the failure of the promise of Korean independence by the Allied nations, on June 25, 1950, communist North Korean troops invaded South Korea. Poorly armed, the South Koreans were no match for the North. The United Nations ordered North Korea to withdraw its troops. General MacArthur was appointed to command all UN troops in Korea. After three years of fighting a stalemate, more than 54,000 American troops perished.