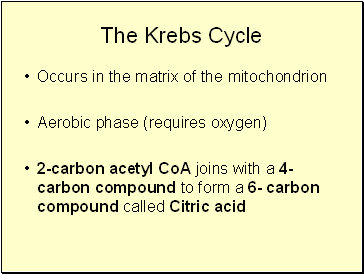 Occurs in the matrix of the mitochondrion 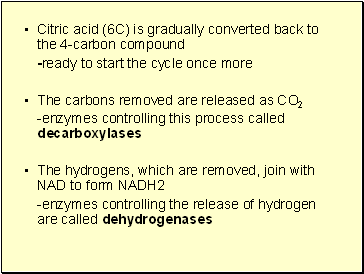 -ready to start the cycle once more

The carbons removed are released as CO2

The hydrogens, which are removed, join with NAD to form NADH2

-enzymes controlling the release of hydrogen are called dehydrogenases 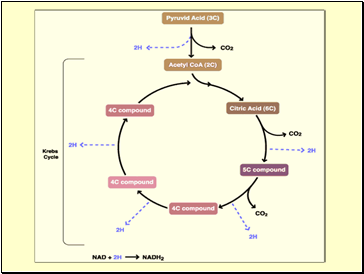 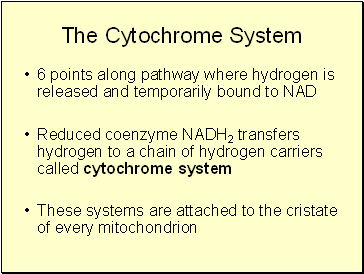 These systems are attached to the cristate of every mitochondrion 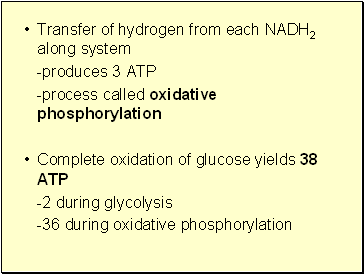 Transfer of hydrogen from each NADH2 along system 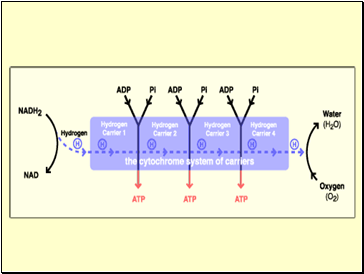 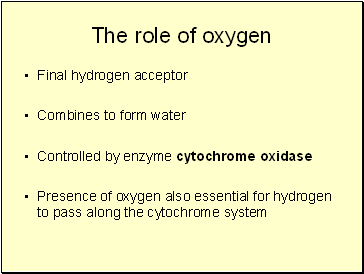 The role of oxygen