Cell membranes are made of PHOSPHOLIPIDs 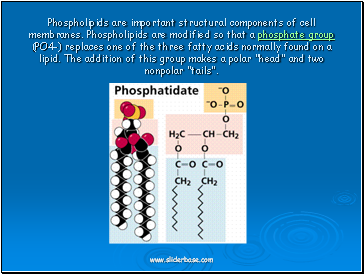 Phospholipids are important structural components of cell membranes. Phospholipids are modified so that a phosphate group (PO4-) replaces one of the three fatty acids normally found on a lipid. The addition of this group makes a polar "head" and two nonpolar "tails". 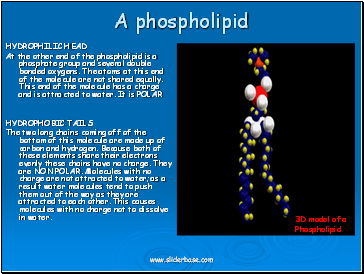 The two long chains coming off of the bottom of this molecule are made up of carbon and hydrogen. Because both of these elements share their electrons evenly these chains have no charge. They are NON POLAR. Molecules with no charge are not attracted to water; as a result water molecules tend to push them out of the way as they are attracted to each other. This causes molecules with no charge not to dissolve in water.

3D model of a Phospholipid 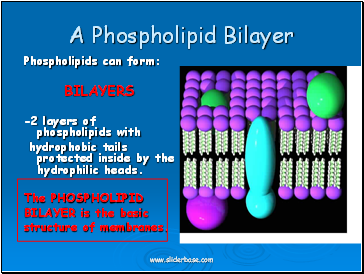 hydrophobic tails protected inside by the hydrophilic heads.

BILAYER is the basic 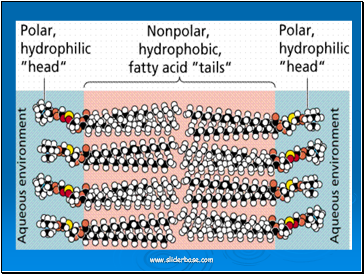 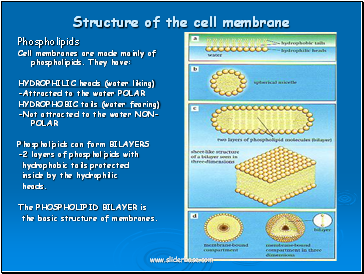 Structure of the cell membrane

Cell membranes are made mainly of phospholipids. They have:

-Attracted to the water POLAR

-Not attracted to the water NON-POLAR

inside by the hydrophilic

The PHOSPHOLIPID BILAYER is

the basic structure of membranes. 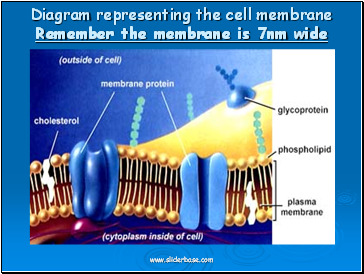 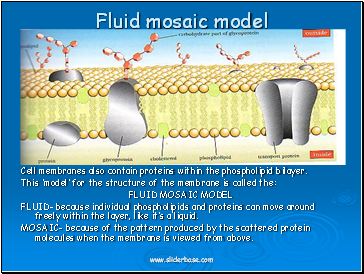 This ‘model’ for the structure of the membrane is called the:

FLUID- because individual phospholipids and proteins can move around freely within the layer, like it’s a liquid.

MOSAIC- because of the pattern produced by the scattered protein molecules when the membrane is viewed from above.