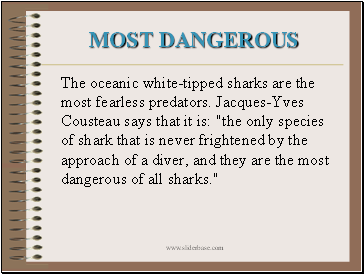 The oceanic white-tipped sharks are the most fearless predators. Jacques-Yves Cousteau says that it is: "the only species of shark that is never frightened by the approach of a diver, and they are the most dangerous of all sharks." 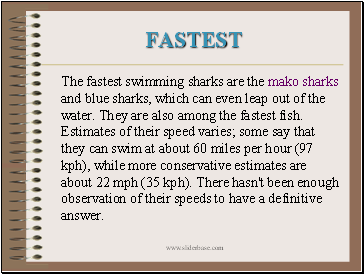 The fastest swimming sharks are the mako sharks and blue sharks, which can even leap out of the water. They are also among the fastest fish. Estimates of their speed varies; some say that they can swim at about 60 miles per hour (97 kph), while more conservative estimates are about 22 mph (35 kph). There hasn't been enough observation of their speeds to have a definitive answer. 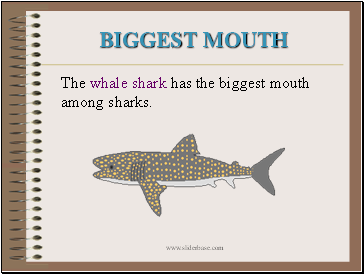 The whale shark has the biggest mouth among sharks. 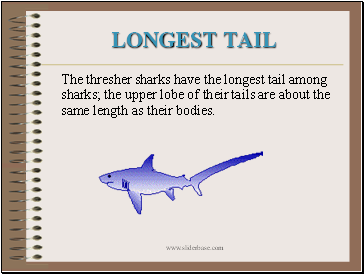 The thresher sharks have the longest tail among sharks; the upper lobe of their tails are about the same length as their bodies. 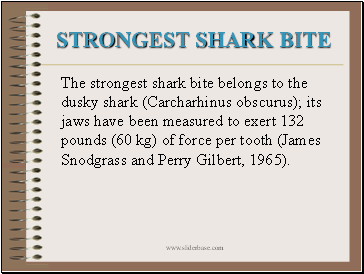 The strongest shark bite belongs to the dusky shark (Carcharhinus obscurus); its jaws have been measured to exert 132 pounds (60 kg) of force per tooth (James Snodgrass and Perry Gilbert, 1965). 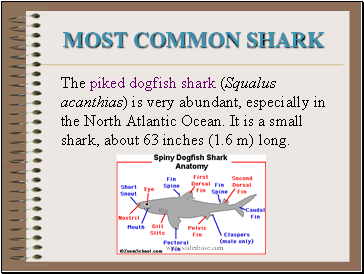 The piked dogfish shark (Squalus acanthias) is very abundant, especially in the North Atlantic Ocean. It is a small shark, about 63 inches (1.6 m) long. 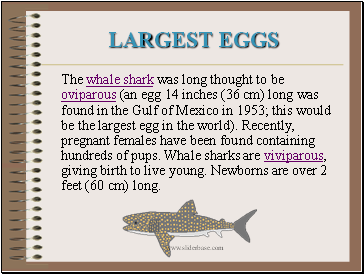 The whale shark was long thought to be oviparous (an egg 14 inches (36 cm) long was found in the Gulf of Mexico in 1953; this would be the largest egg in the world). Recently, pregnant females have been found containing hundreds of pups. Whale sharks are viviparous, giving birth to live young. Newborns are over 2 feet (60 cm) long. 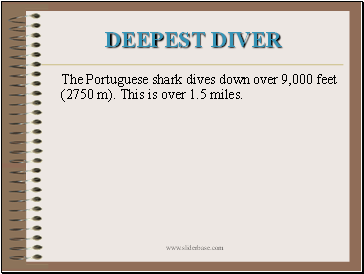 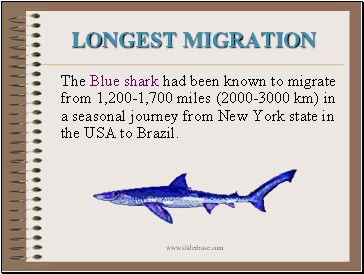 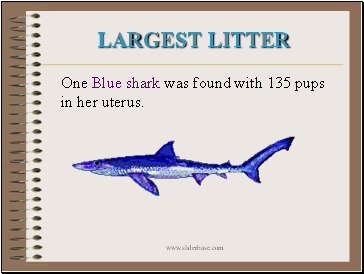