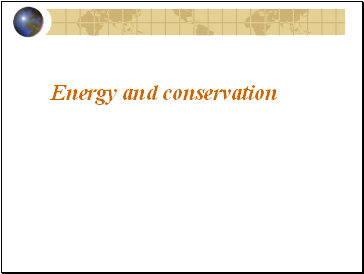 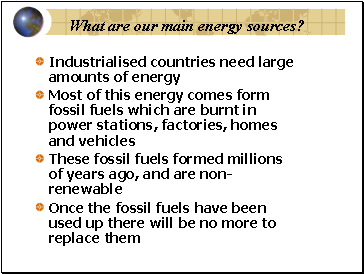 What are our main energy sources?

Most of this energy comes form fossil fuels which are burnt in power stations, factories, homes and vehicles

These fossil fuels formed millions of years ago, and are non-renewable 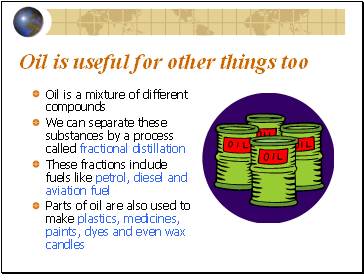 Oil is useful for other things too

Oil is a mixture of different compounds

We can separate these substances by a process called fractional distillation

These fractions include fuels like petrol, diesel and aviation fuel

Parts of oil are also used to make plastics, medicines, paints, dyes and even wax candles 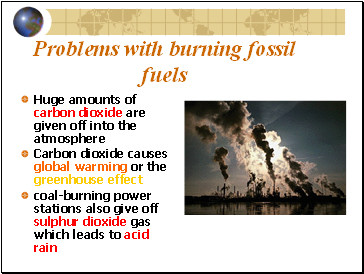 Huge amounts of carbon dioxide are given off into the atmosphere 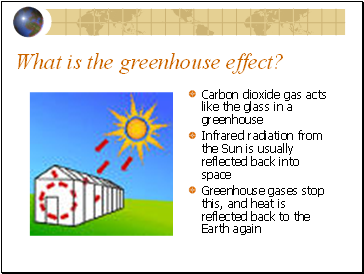 What is the greenhouse effect?

Carbon dioxide gas acts like the glass in a greenhouse

Infrared radiation from the Sun is usually reflected back into space

Greenhouse gases stop this, and heat is reflected back to the Earth again 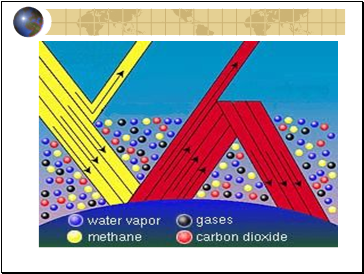 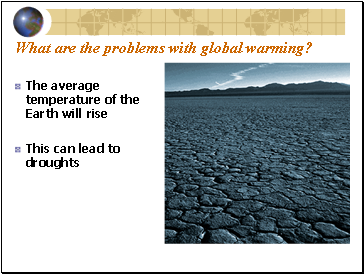 What are the problems with global warming?

The average temperature of the Earth will rise

This can lead to droughts 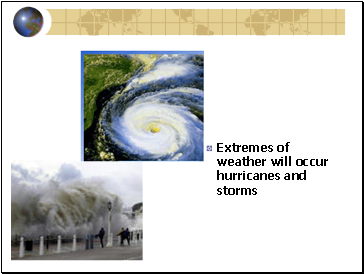 Extremes of weather will occur hurricanes and storms 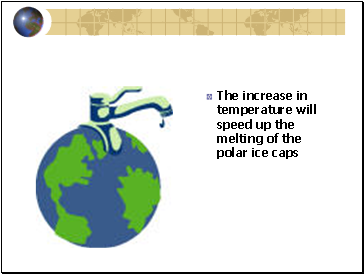 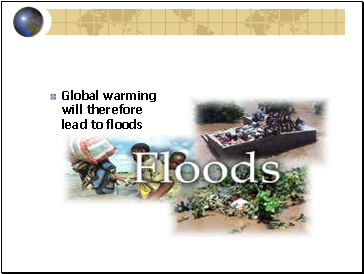 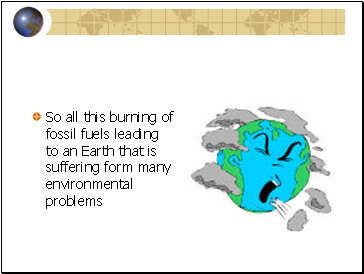 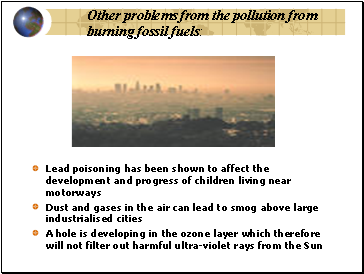 Other problems from the pollution from burning fossil fuels