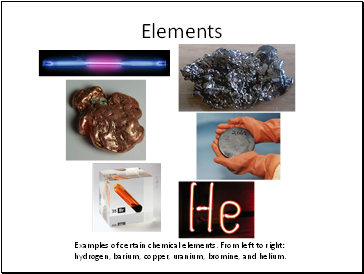 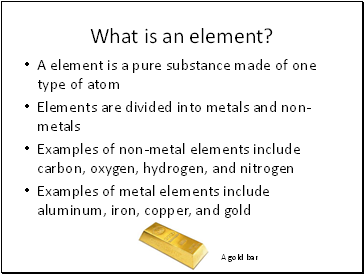 What is an element?

Elements are divided into metals and non-metals

Examples of non-metal elements include carbon, oxygen, hydrogen, and nitrogen

Examples of metal elements include aluminum, iron, copper, and gold 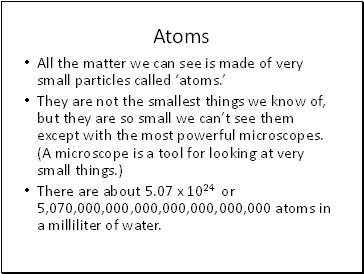 All the matter we can see is made of very small particles called ‘atoms.’

They are not the smallest things we know of, but they are so small we can’t see them except with the most powerful microscopes. (A microscope is a tool for looking at very small things.) 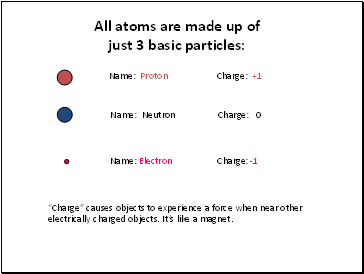 All atoms are made up of just 3 basic particles:

“Charge” causes objects to experience a force when near other electrically charged objects. It’s like a magnet. 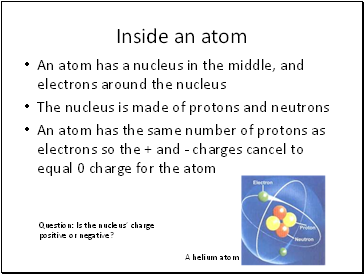 An atom has a nucleus in the middle, and electrons around the nucleus

The nucleus is made of protons and neutrons

Question: Is the nucleus’ charge positive or negative? 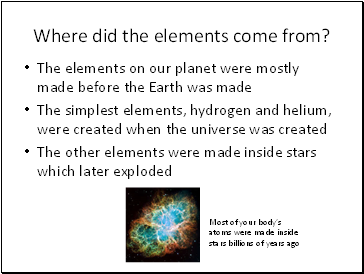 Where did the elements come from?

The simplest elements, hydrogen and helium, were created when the universe was created

The other elements were made inside stars which later exploded 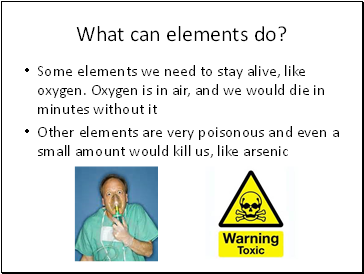 What can elements do?

Some elements we need to stay alive, like oxygen. Oxygen is in air, and we would die in minutes without it

Other elements are very poisonous and even a small amount would kill us, like arsenic 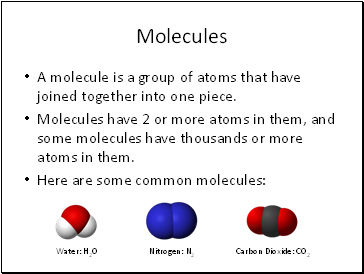 A molecule is a group of atoms that have joined together into one piece.

Here are some common molecules: