The Sun A Nuclear Powerhouse
Page
3

The core of the Sun has a temperature of 15 million degrees Kelvin. (ouch!) 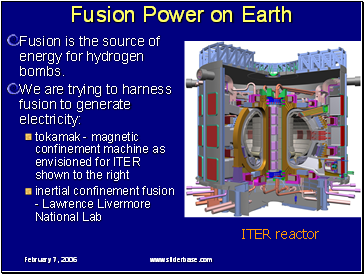 Fusion is the source of energy for hydrogen bombs.

We are trying to harness fusion to generate electricity: 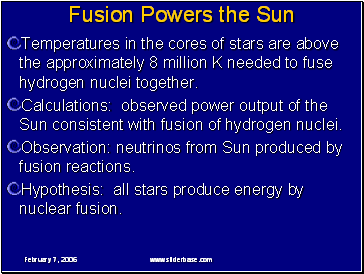 Temperatures in the cores of stars are above the approximately 8 million K needed to fuse hydrogen nuclei together.

Calculations: observed power output of the Sun consistent with fusion of hydrogen nuclei. 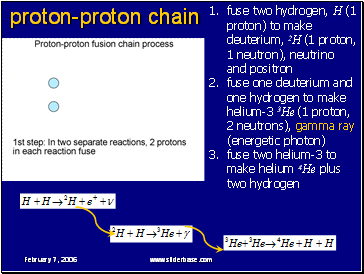 fuse one deuterium and one hydrogen to make helium-3 3He (1 proton, 2 neutrons), gamma ray (energetic photon)

fuse two helium-3 to make helium 4He plus two hydrogen 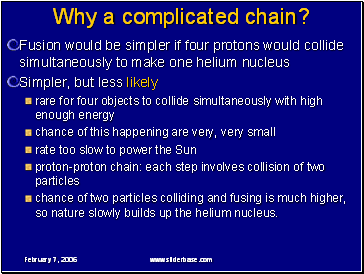 Why a complicated chain?

chance of this happening are very, very small

rate too slow to power the Sun

chance of two particles colliding and fusing is much higher, so nature slowly builds up the helium nucleus. 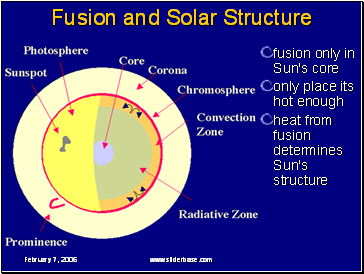 fusion only in Sun's core

only place its hot enough 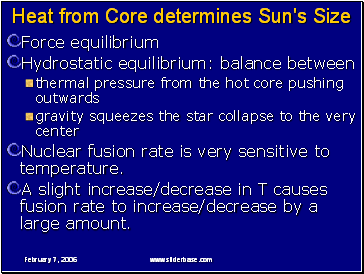 gravity squeezes the star collapse to the very center 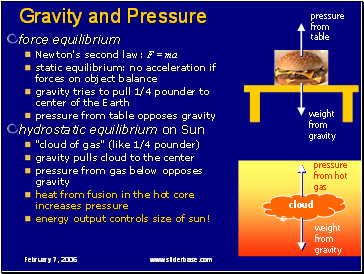 static equilibrium: no acceleration if forces on object balance