The Sun A Nuclear Powerhouse
Page
4

gravity pulls cloud to the center

pressure from gas below opposes gravity

heat from fusion in the hot core increases pressure 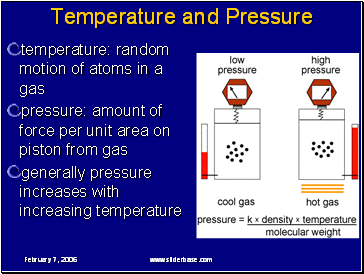 temperature: random motion of atoms in a gas

pressure: amount of force per unit area on piston from gas 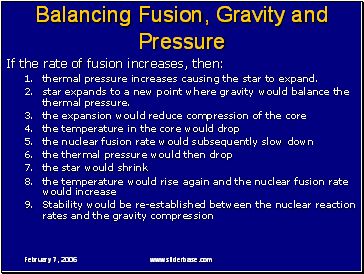 If the rate of fusion increases, then:

star expands to a new point where gravity would balance the thermal pressure.

the expansion would reduce compression of the core

the temperature in the core would drop

the nuclear fusion rate would subsequently slow down

the thermal pressure would then drop

the star would shrink 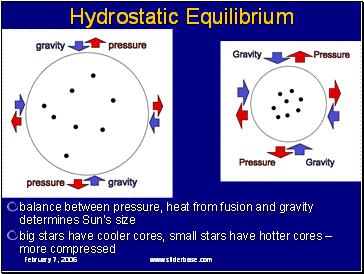 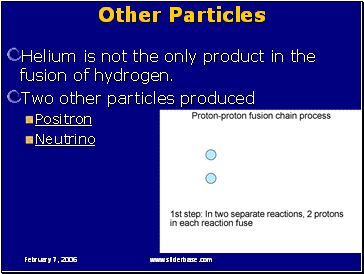 Helium is not the only product in the fusion of hydrogen. 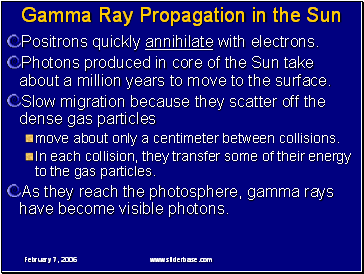 Gamma Ray Propagation in the Sun

Photons produced in core of the Sun take about a million years to move to the surface.

Slow migration because they scatter off the dense gas particles

move about only a centimeter between collisions.

In each collision, they transfer some of their energy to the gas particles.

As they reach the photosphere, gamma rays have become visible photons. 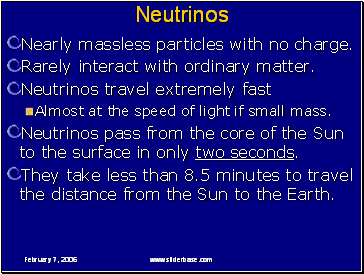 Nearly massless particles with no charge.

Almost at the speed of light if small mass.

Neutrinos pass from the core of the Sun to the surface in only two seconds.