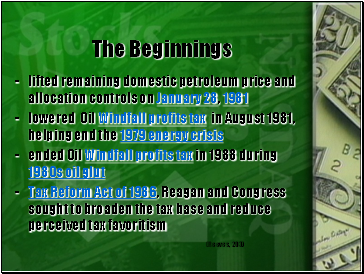 Tax Reform Act of 1986, Reagan and Congress sought to broaden the tax base and reduce perceived tax favoritism 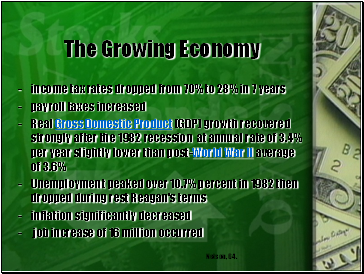 Unemployment peaked over 10.7% percent in 1982 then dropped during rest Reagan's terms 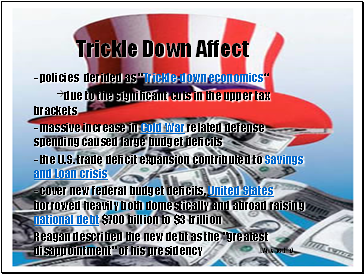 due to the significant cuts in the upper tax brackets 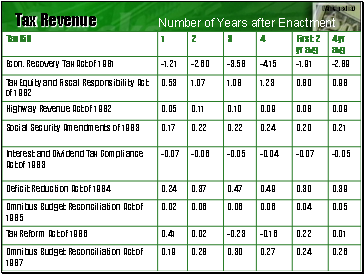 Number of Years after Enactment 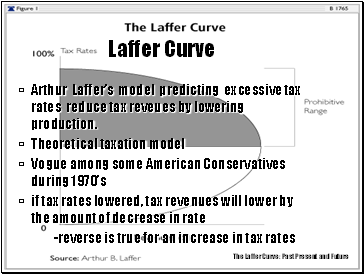 Vogue among some American Conservatives during 1970’s

if tax rates lowered, tax revenues will lower by the amount of decrease in rate

-reverse is true for an increase in tax rates

The Laffer Curve: Past Present and Future 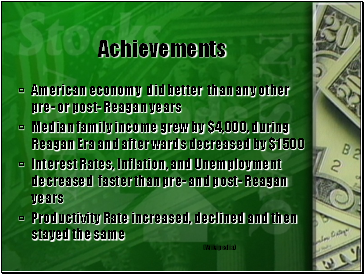 Median family income grew by $4,000, during Reagan Era and after wards decreased by $1500

Productivity Rate increased, declined and then stayed the same 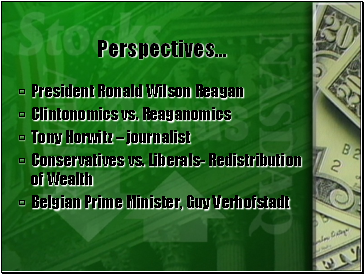