4.NASDAQ-grew by 18 times as much under Clinton.

8.NATIONAL INCOME—grew by100% more under Clinton.

9.PERSONAL INCOME—Grew by 110% more under Clinton. 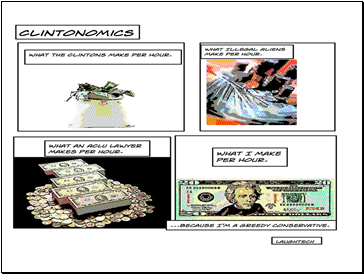 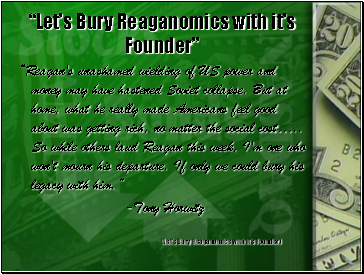 “Reagan's unashamed wielding of US power and money may have hastened Soviet collapse. But at home, what he really made Americans feel good about was getting rich, no matter the social cost… So while others laud Reagan this week, I'm one who won't mourn his departure. If only we could bury his legacy with him.” 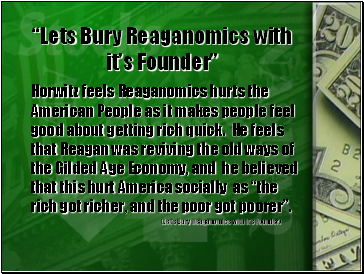 Horwitz feels Reaganomics hurts the American People as it makes people feel good about getting rich quick. He feels that Reagan was reviving the old ways of the Gilded Age Economy, and he believed that this hurt America socially as “the rich got richer, and the poor got poorer”. 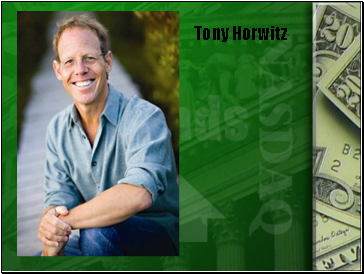 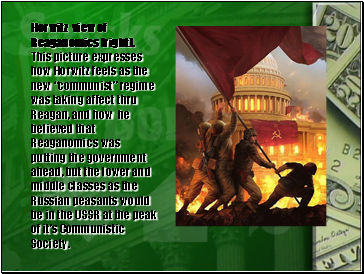 Horwitz view of Reaganomics (right). This picture expresses how Horwitz feels as the new “communist” regime was taking affect thru Reagan, and how he believed that Reaganomics was putting the government ahead, but the lower and middle classes as the Russian peasants would be in the USSR at the peak of it’s Communistic Society. 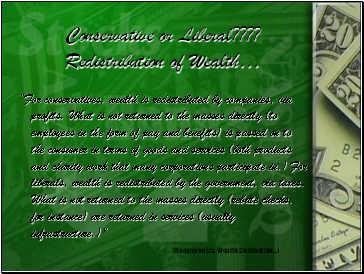 Conservative or Liberal???? Redistribution of Wealth… 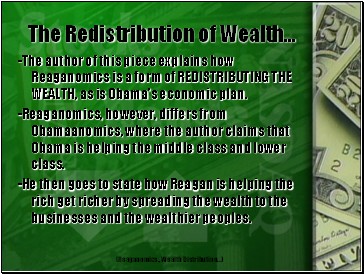 The Redistribution of Wealth…