We are dealing with what is called the errors-in-variable model in statistics. We have to use an estimator, that is a procedure, to solve the equation system. The most common choice is by means of least squares (LS) estimation. However, it is well known, that LS estimation is biased.

Large variance in δA , an ill-conditioned A', or an x' which is oriented close to the eigenvector of the smallest singular value of A' all could increase the bias and push the LS solution away from the real solution. Generally it leads to an underestimation of the parameters.

There are other, more elaborate estimators that could be used. None, however will perform better if the errors cannot be obtained with high accuracy. 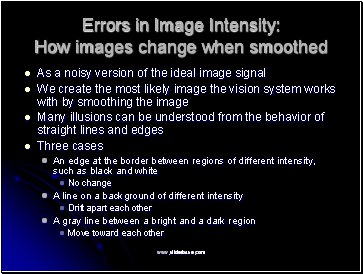 Errors in Image Intensity: How images change when smoothed

As a noisy version of the ideal image signal

An edge at the border between regions of different intensity, such as black and white

A line on a background of different intensity

Drift apart each other

A gray line between a bright and a dark region

Move toward each other 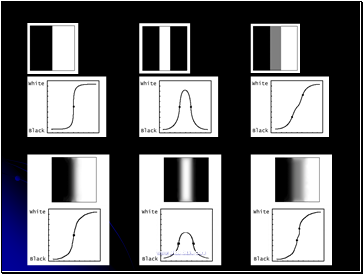 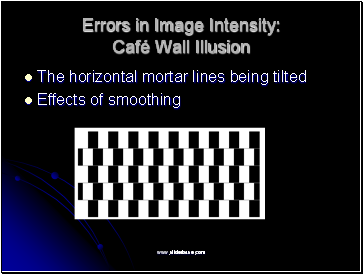 The horizontal mortar lines being tilted 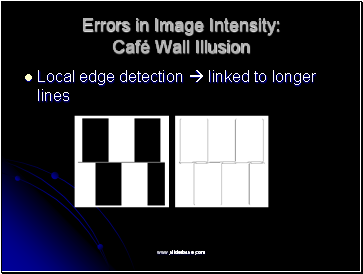 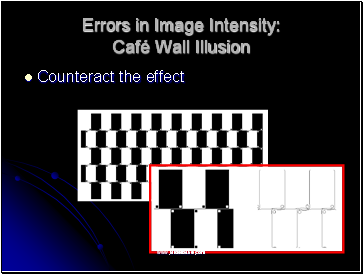 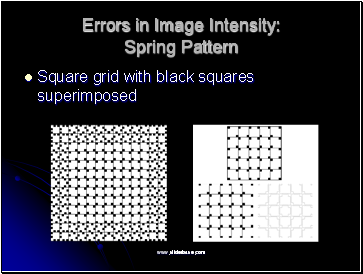 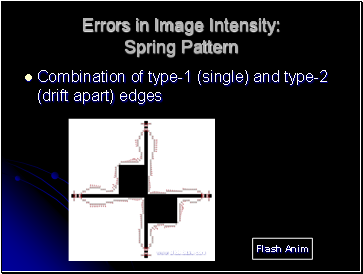