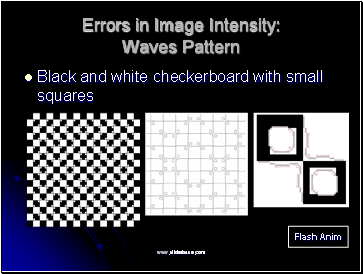 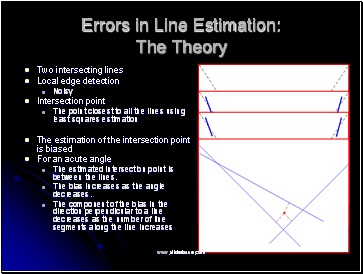 Errors in Line Estimation: The Theory

The point closest to all the lines using least squares estimation

The estimation of the intersection point is biased

For an acute angle

The estimated intersection point is between the lines.

The bias increases as the angle decreases. 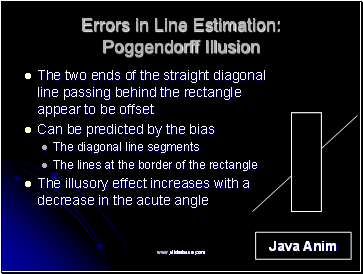 Can be predicted by the bias

The lines at the border of the rectangle

The illusory effect increases with a decrease in the acute angle 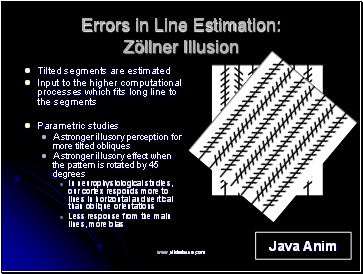 In neurophysiological studies, our cortex responds more to lines in horizontal and vertical than oblique orientations 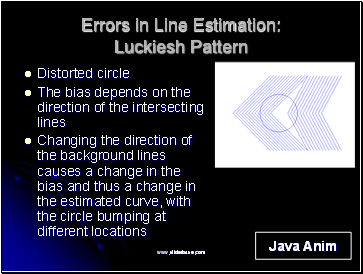 The bias depends on the direction of the intersecting lines 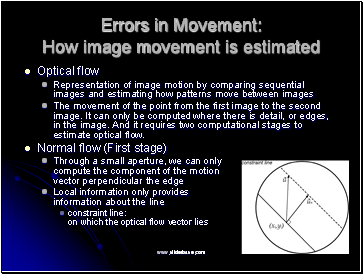 The movement of the point from the first image to the second image. It can only be computed where there is detail, or edges, in the image. And it requires two computational stages to estimate optical flow.

Through a small aperture, we can only compute the component of the motion vector perpendicular the edge