constraint line: on which the optical flow vector lies 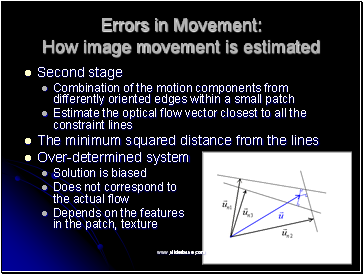 Estimate the optical flow vector closest to all the constraint lines

The minimum squared distance from the lines

Does not correspond to the actual flow

Depends on the features in the patch, texture 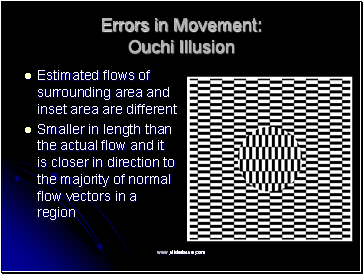 Estimated flows of surrounding area and inset area are different 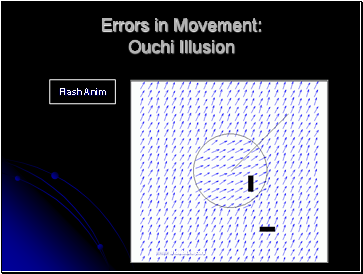 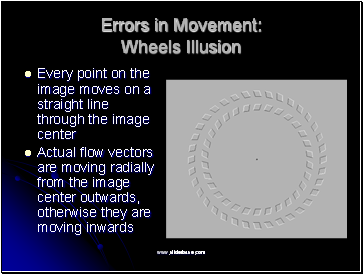 Actual flow vectors are moving radially from the image center outwards, otherwise they are moving inwards 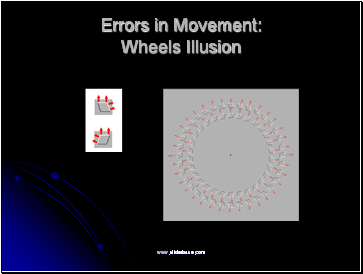 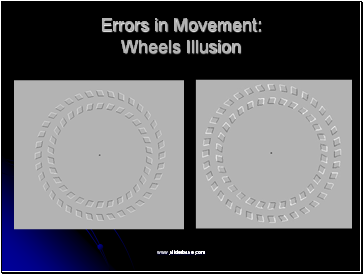 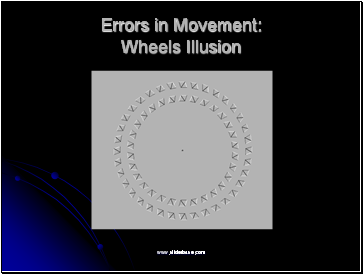 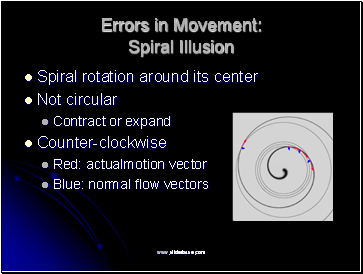 Spiral rotation around its center 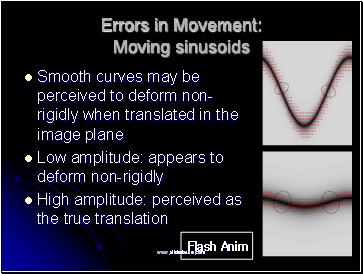 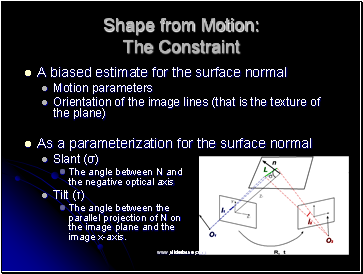 Shape from Motion: The Constraint

A biased estimate for the surface normal

As a parameterization for the surface normal

The angle between N and the negative optical axis

The angle between the parallel projection of N on the image plane and the image x-axis.