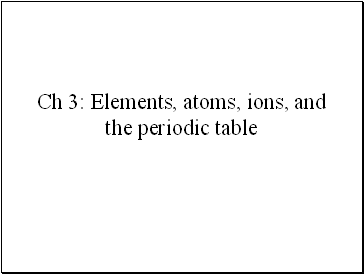 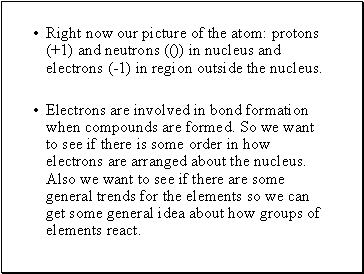 Right now our picture of the atom: protons (+1) and neutrons (()) in nucleus and electrons (-1) in region outside the nucleus. 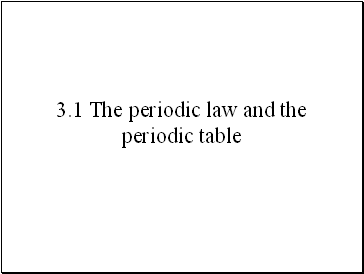 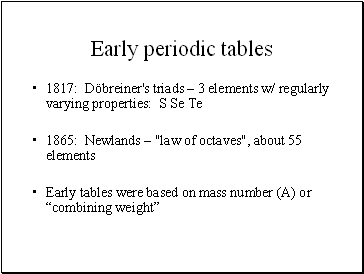 Early tables were based on mass number (A) or “combining weight” 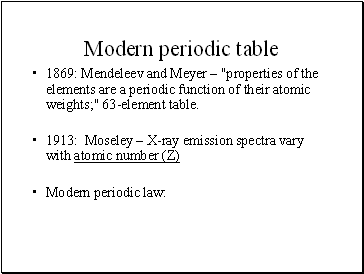 1869: Mendeleev and Meyer – "properties of the elements are a periodic function of their atomic weights;" 63-element table.

: horizontal rows (seven in all); properties of elements in period show no similarity. 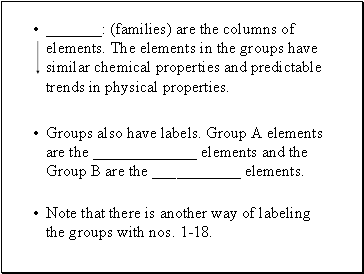 _: (families) are the columns of elements. The elements in the groups have similar chemical properties and predictable trends in physical properties.

Note that there is another way of labeling the groups with nos. 1-18. 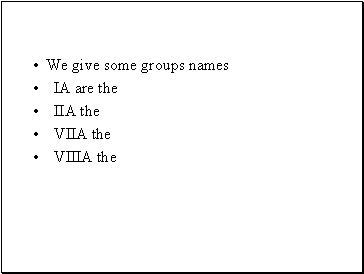 We give some groups names 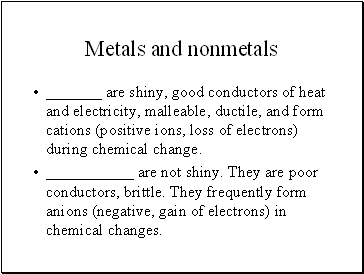 _ are not shiny. They are poor conductors, brittle. They frequently form anions (negative, gain of electrons) in chemical changes. 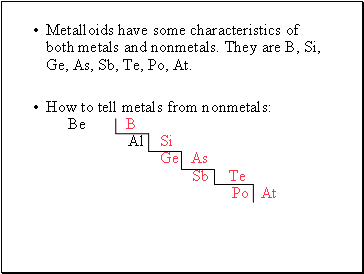