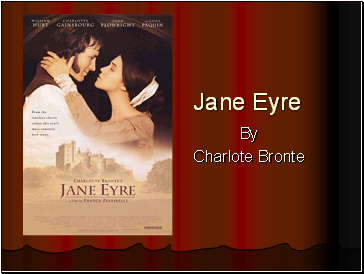 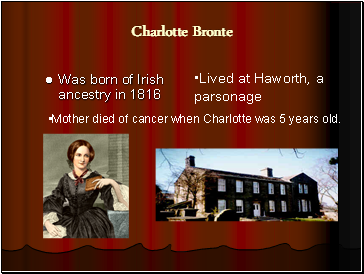 Was born of Irish ancestry in 1816

Lived at Haworth, a parsonage

Mother died of cancer when Charlotte was 5 years old. 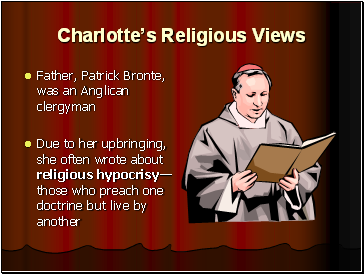 Due to her upbringing, she often wrote about religious hypocrisy—those who preach one doctrine but live by another 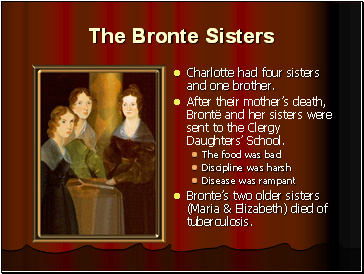 Charlotte had four sisters and one brother.

After their mother’s death, Brontë and her sisters were sent to the Clergy Daughters’ School.

The food was bad 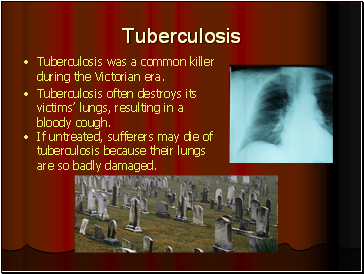 Tuberculosis was a common killer during the Victorian era.

If untreated, sufferers may die of tuberculosis because their lungs are so badly damaged. 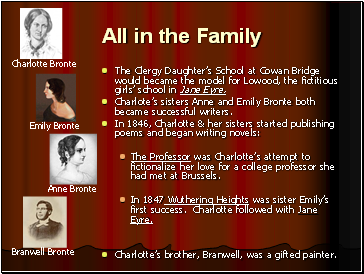 All in the Family

The Clergy Daughter’s School at Cowan Bridge would became the model for Lowood, the fictitious girls’ school in Jane Eyre.

The Professor was Charlotte’s attempt to fictionalize her love for a college professor she had met at Brussels. 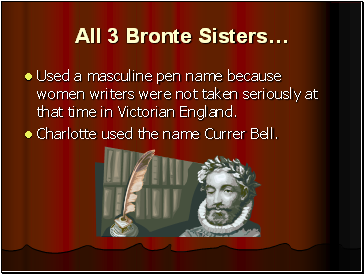 Used a masculine pen name because women writers were not taken seriously at that time in Victorian England. 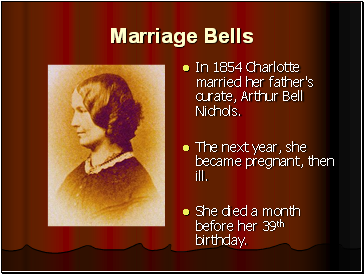 The next year, she became pregnant, then ill.

She died a month before her 39th birthday. 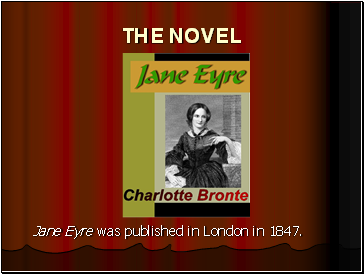 Jane Eyre was published in London in 1847.