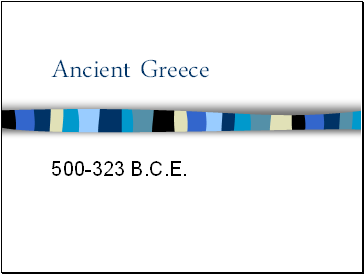 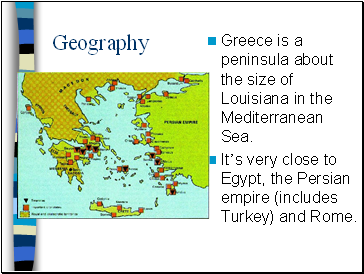 Greece is a peninsula about the size of Louisiana in the Mediterranean Sea. 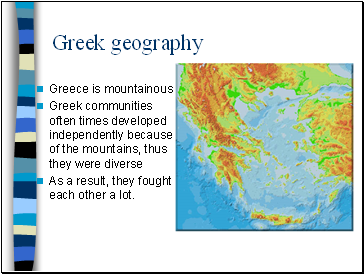 Greek communities often times developed independently because of the mountains, thus they were diverse

As a result, they fought each other a lot. 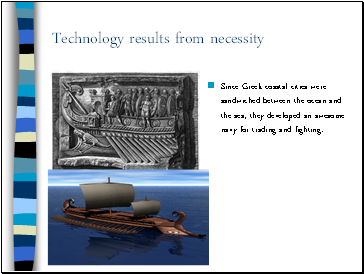 Since Greek coastal cities were sandwiched between the ocean and the sea, they developed an awesome navy for trading and fighting. 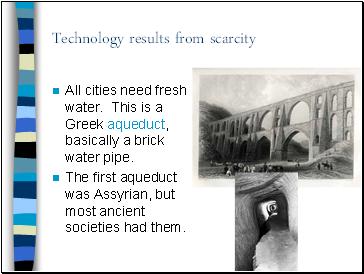 All cities need fresh water. This is a Greek aqueduct, basically a brick water pipe.

The first aqueduct was Assyrian, but most ancient societies had them. 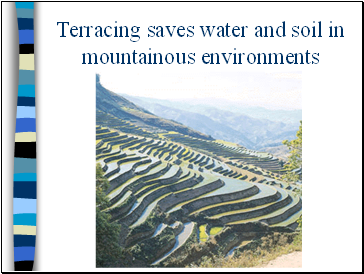 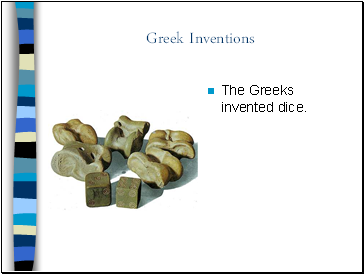 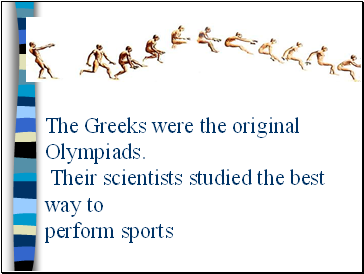 The Greeks were the original Olympiads.

Their scientists studied the best way to 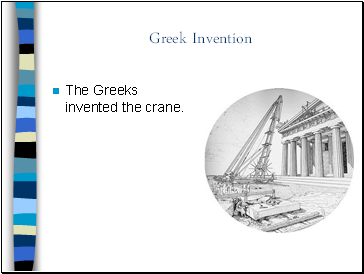 The Greeks invented the crane. 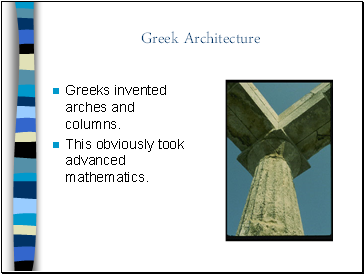 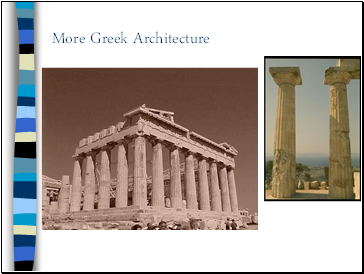 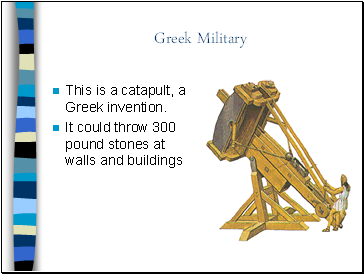 This is a catapult, a Greek invention.

It could throw 300 pound stones at walls and buildings 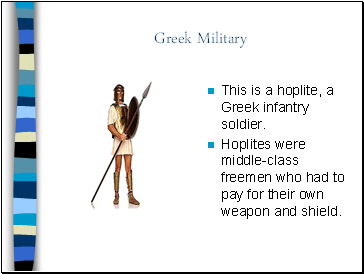 This is a hoplite, a Greek infantry soldier.

Hoplites were middle-class freemen who had to pay for their own weapon and shield. 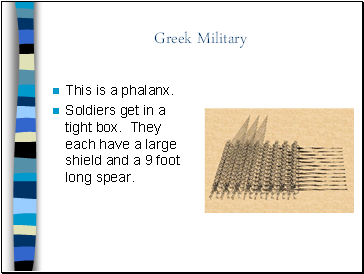 This is a phalanx.

Soldiers get in a tight box. They each have a large shield and a 9 foot long spear.