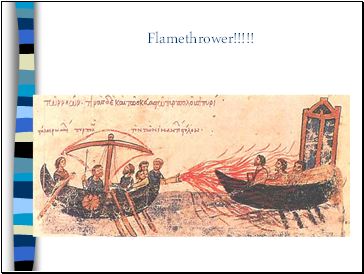 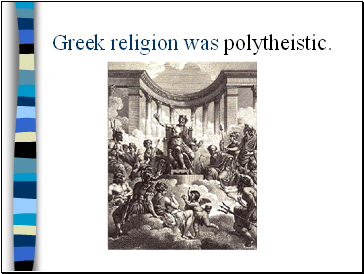 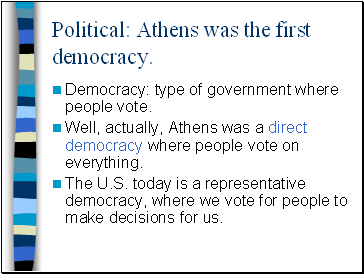 Political: Athens was the first democracy.

Well, actually, Athens was a direct democracy where people vote on everything.

The U.S. today is a representative democracy, where we vote for people to make decisions for us. 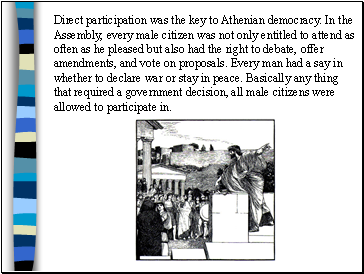 Direct participation was the key to Athenian democracy. In the Assembly, every male citizen was not only entitled to attend as often as he pleased but also had the right to debate, offer amendments, and vote on proposals. Every man had a say in whether to declare war or stay in peace. Basically any thing that required a government decision, all male citizens were allowed to participate in. 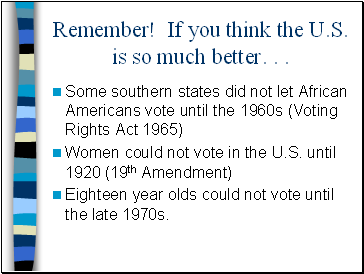 Eighteen year olds could not vote until the late 1970s. 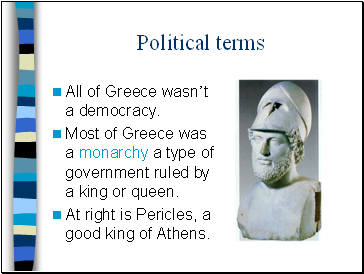 All of Greece wasn’t a democracy.

Most of Greece was a monarchy a type of government ruled by a king or queen.

At right is Pericles, a good king of Athens. 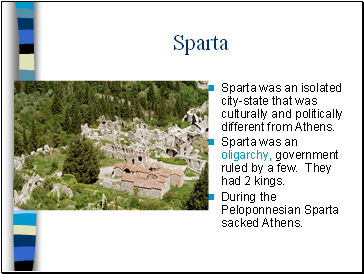 Sparta was an isolated city-state that was culturally and politically different from Athens.

Sparta was an oligarchy, government ruled by a few. They had 2 kings.

During the Peloponnesian Sparta sacked Athens. 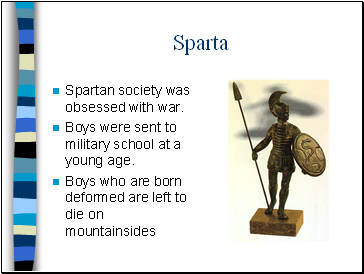 Spartan society was obsessed with war.

Boys were sent to military school at a young age.

Boys who are born deformed are left to die on mountainsides 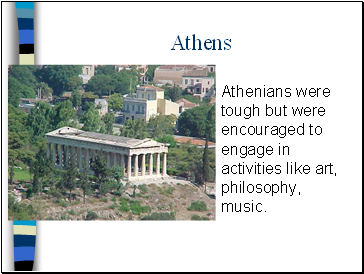 Athenians were tough but were encouraged to engage in activities like art, philosophy, music. 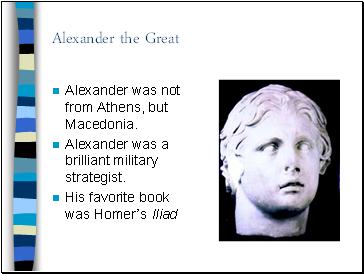 Alexander was not from Athens, but Macedonia.

Alexander was a brilliant military strategist.

His favorite book was Homer’s Iliad 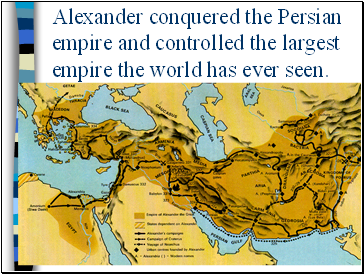