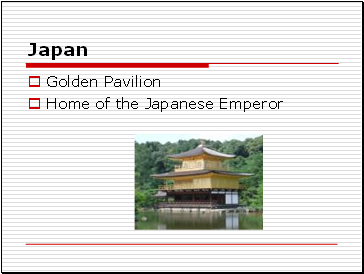 Home of the Japanese Emperor 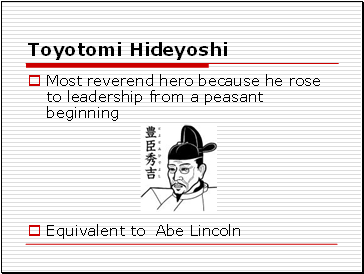 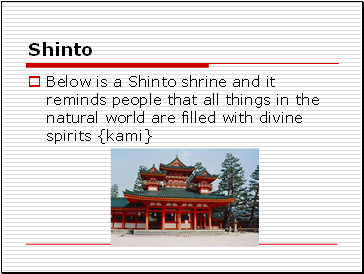 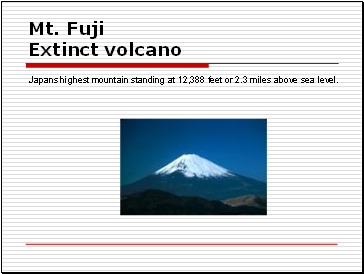 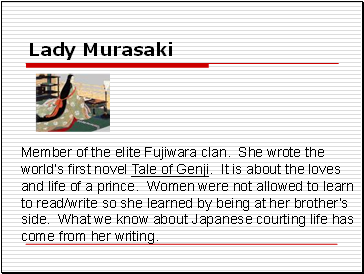 Member of the elite Fujiwara clan. She wrote the world’s first novel Tale of Genji. It is about the loves and life of a prince. Women were not allowed to learn to read/write so she learned by being at her brother’s side. What we know about Japanese courting life has come from her writing. 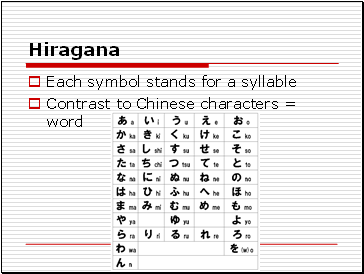 Each symbol stands for a syllable 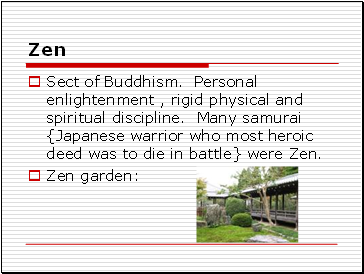 Sect of Buddhism. Personal enlightenment , rigid physical and spiritual discipline. Many samurai {Japanese warrior who most heroic deed was to die in battle} were Zen. 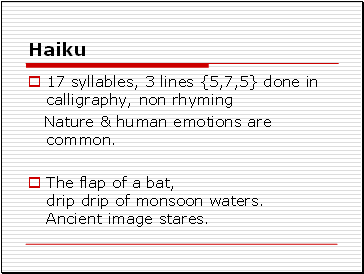 The flap of a bat, drip drip of monsoon waters. Ancient image stares.