However there was only a limited amount of organic nutrients in the primeval soup and to sustain life. ( First Famine ). 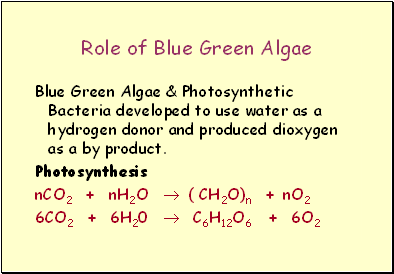 Blue Green Algae & Photosynthetic Bacteria developed to use water as a hydrogen donor and produced dioxygen as a by product. 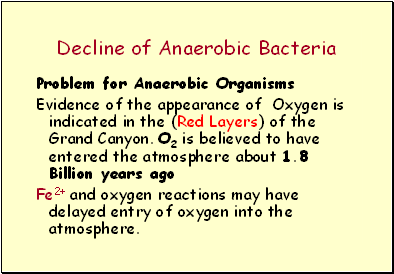 Evidence of the appearance of Oxygen is indicated in the (Red Layers) of the Grand Canyon. O2 is believed to have entered the atmosphere about 1.8 Billion years ago

Fe2+ and oxygen reactions may have delayed entry of oxygen into the atmosphere. 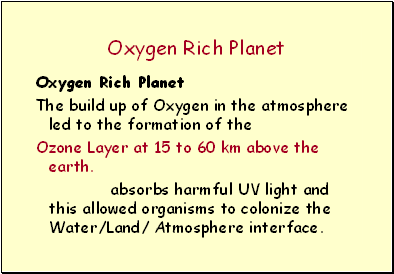 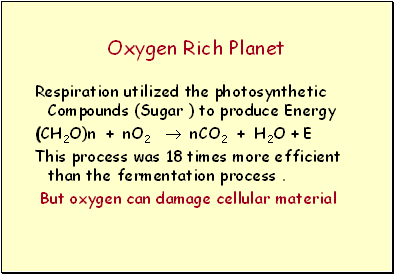 This process was 18 times more efficient than the fermentation process .

But oxygen can damage cellular material 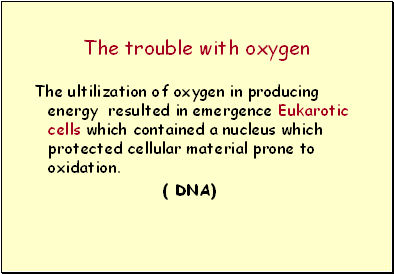 The trouble with oxygen

The ultilization of oxygen in producing energy resulted in emergence Eukarotic cells which contained a nucleus which protected cellular material prone to oxidation. 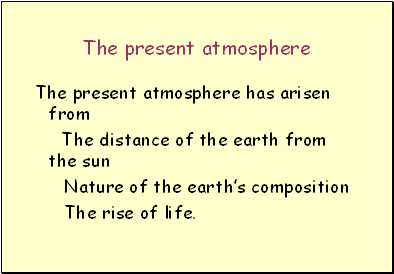 The present atmosphere has arisen from

(1) The distance of the earth from the sun

(2) Nature of the earth’s composition 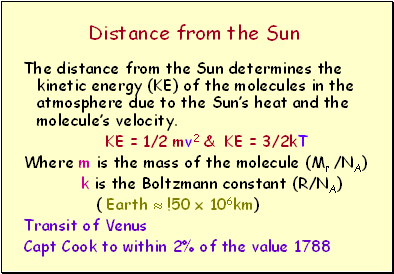 Distance from the Sun

The distance from the Sun determines the kinetic energy (KE) of the molecules in the atmosphere due to the Sun’s heat and the molecule’s velocity.

Where m is the mass of the molecule (Mr /NA)

k is the Boltzmann constant (R/NA) 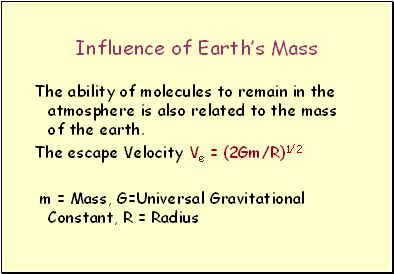