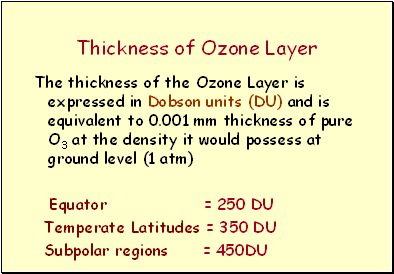 The thickness of the Ozone Layer is expressed in Dobson units (DU) and is equivalent to 0.001 mm thickness of pure O3 at the density it would possess at ground level (1 atm) 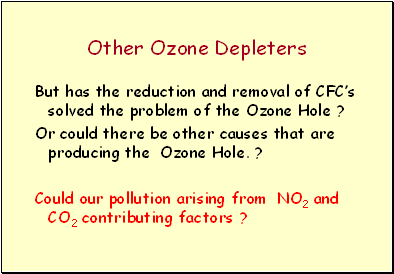 But has the reduction and removal of CFC’s solved the problem of the Ozone Hole ?

Or could there be other causes that are producing the Ozone Hole. ?

Could our pollution arising from NO2 and CO2 contributing factors ? 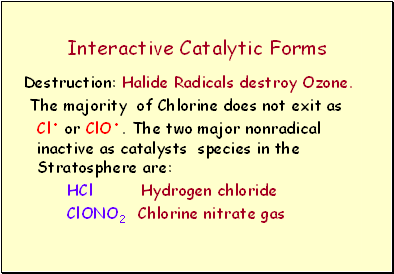 The majority of Chlorine does not exit as Cl. or ClO The two major nonradical inactive as catalysts species in the Stratosphere are:

But HCl react with Hydroxyl Radical 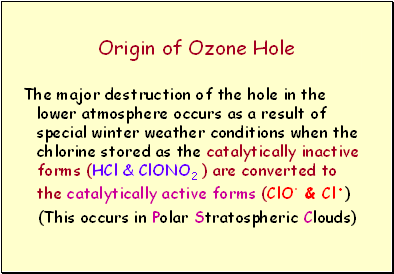 (This occurs in Polar Stratospheric Clouds) 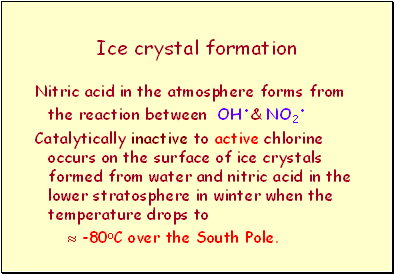 Nitric acid in the atmosphere forms from the reaction between OH.& NO2. 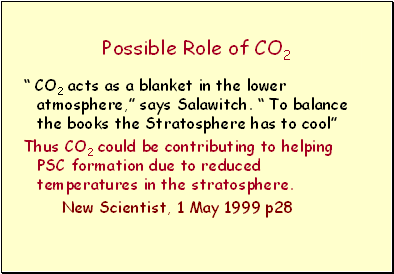 “ CO2 acts as a blanket in the lower atmosphere,” says Salawitch. “ To balance the books the Stratosphere has to cool”

Thus CO2 could be contributing to helping PSC formation due to reduced temperatures in the stratosphere. 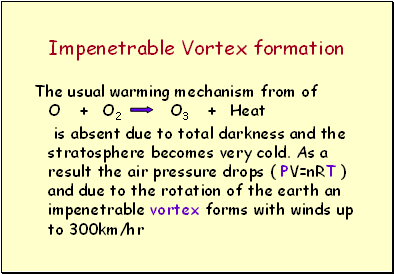