Based on: Mader, S., Inquiry Into Life, McGraw-Hill 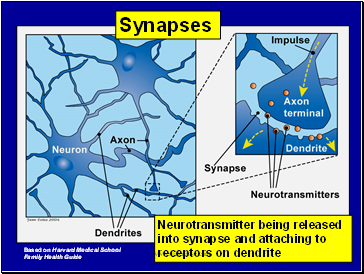 Neurotransmitter being released into synapse and attaching to receptors on dendrite 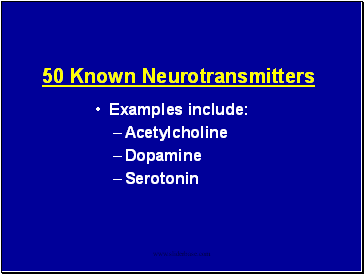 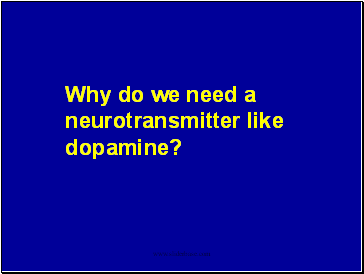 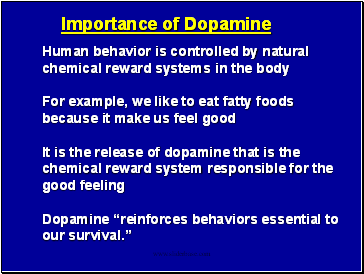 For example, we like to eat fatty foods because it make us feel good 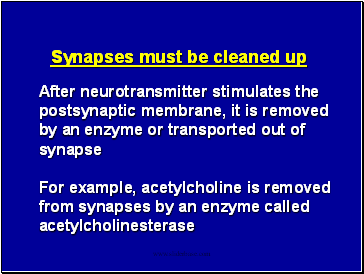 After neurotransmitter stimulates the postsynaptic membrane, it is removed by an enzyme or transported out of synapse

Synapses must be cleaned up 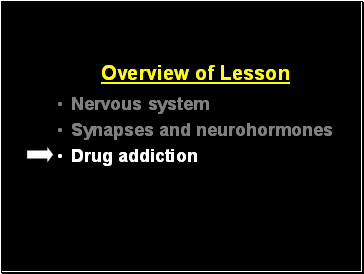 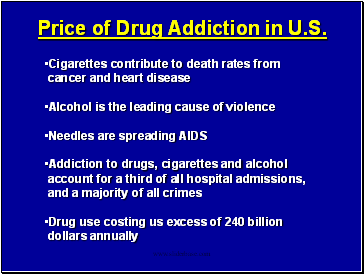 Cigarettes contribute to death rates from

Alcohol is the leading cause of violence

Addiction to drugs, cigarettes and alcohol

and a majority of all crimes

Drug use costing us excess of 240 billion

Price of Drug Addiction in U.S. 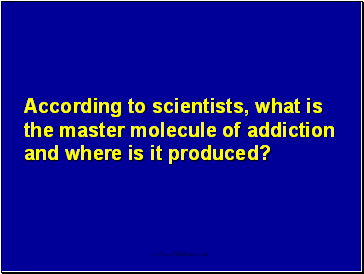 According to scientists, what is the master molecule of addiction and where is it produced? 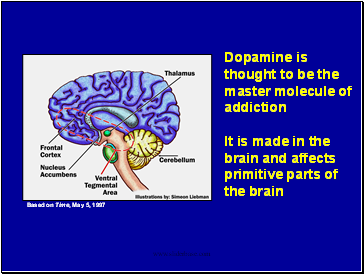 Dopamine is thought to be the master molecule of addiction 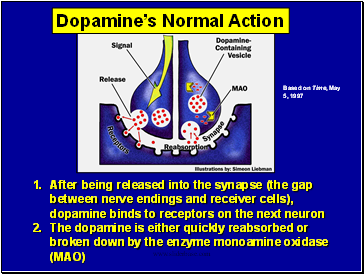 After being released into the synapse (the gap between nerve endings and receiver cells), dopamine binds to receptors on the next neuron