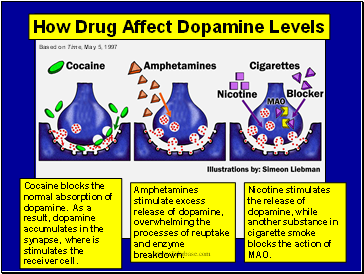 Cocaine blocks the normal absorption of dopamine. As a result, dopamine accumulates in the synapse, where is stimulates the receiver cell.

Nicotine stimulates the release of dopamine, while another substance in cigarette smoke blocks the action of MAO. 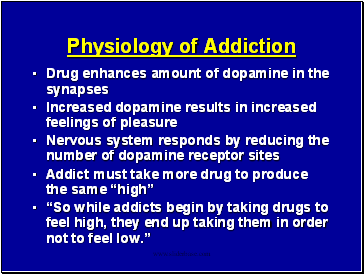 Drug enhances amount of dopamine in the synapses

Addict must take more drug to produce the same “high”

“So while addicts begin by taking drugs to feel high, they end up taking them in order not to feel low.” 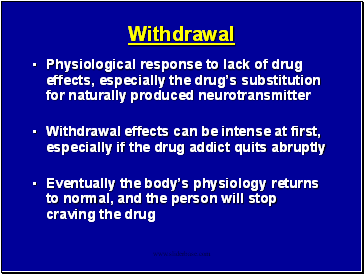 Withdrawal effects can be intense at first, especially if the drug addict quits abruptly

Eventually the body’s physiology returns to normal, and the person will stop craving the drug 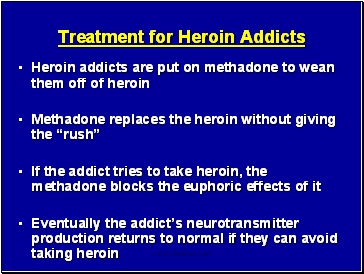 Methadone replaces the heroin without giving the “rush”

If the addict tries to take heroin, the methadone blocks the euphoric effects of it 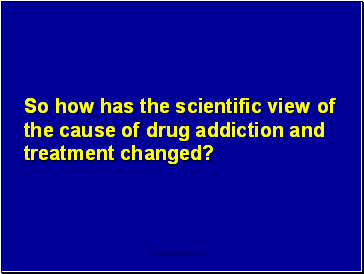 So how has the scientific view of the cause of drug addiction and treatment changed? 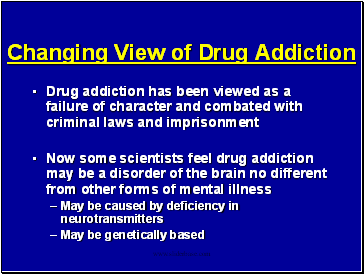 May be caused by deficiency in neurotransmitters

May be genetically based