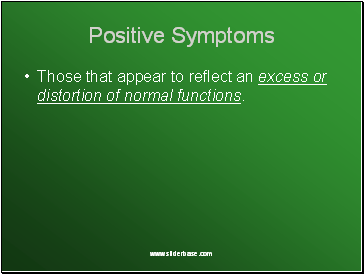 Those that appear to reflect an excess or distortion of normal functions. 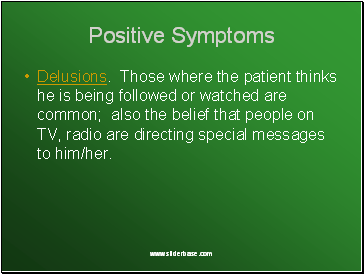 Delusions. Those where the patient thinks he is being followed or watched are common; also the belief that people on TV, radio are directing special messages to him/her.

Hallucinations. Distortions or exaggerations of perception in any of the senses.

Often they hear voices within their own thoughts followed by visual hallucinations. 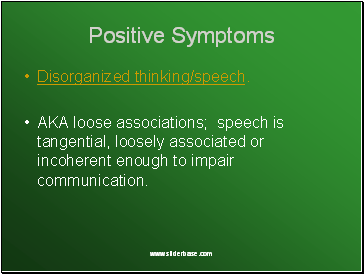 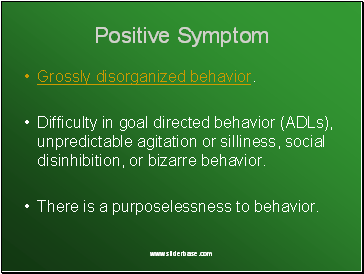 There is a purposelessness to behavior. 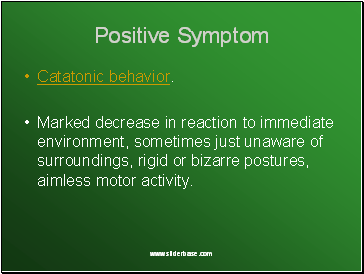 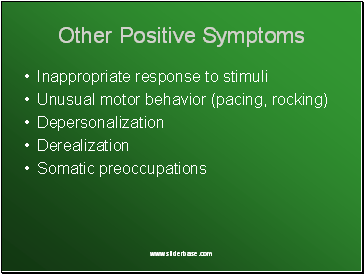 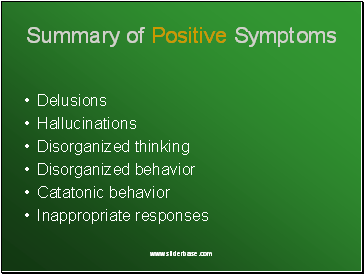 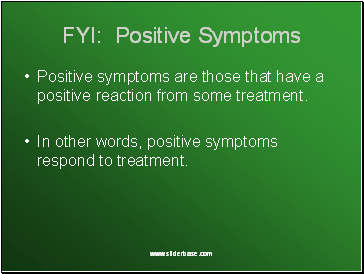 Positive symptoms are those that have a positive reaction from some treatment.

In other words, positive symptoms respond to treatment. 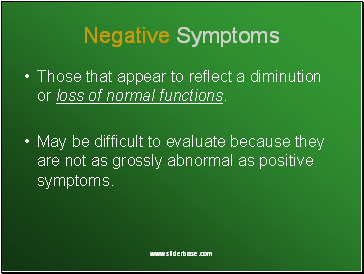 Those that appear to reflect a diminution or loss of normal functions.

May be difficult to evaluate because they are not as grossly abnormal as positive symptoms. 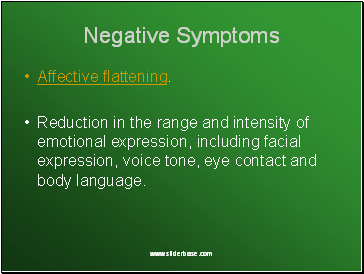