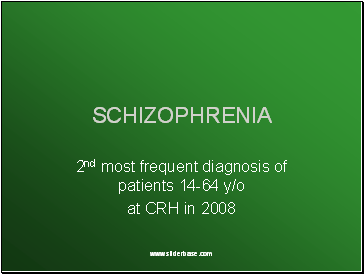 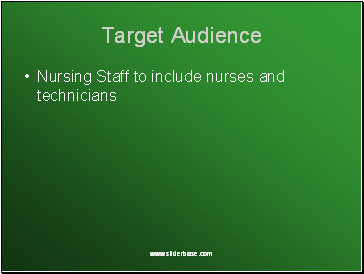 Nursing Staff to include nurses and technicians 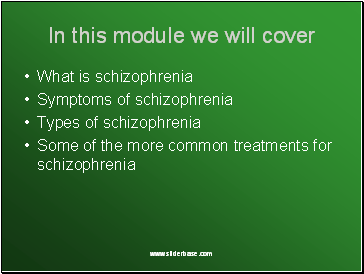 In this module we will cover

Some of the more common treatments for schizophrenia 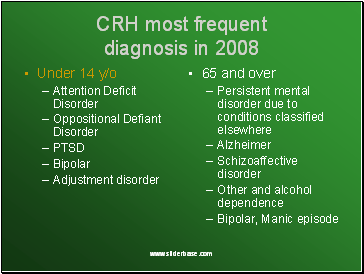 Other and alcohol dependence 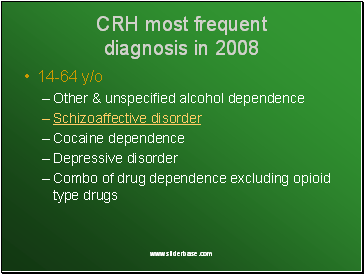 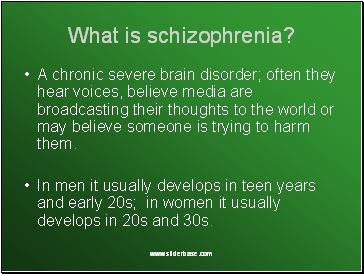 A chronic severe brain disorder; often they hear voices, believe media are broadcasting their thoughts to the world or may believe someone is trying to harm them. 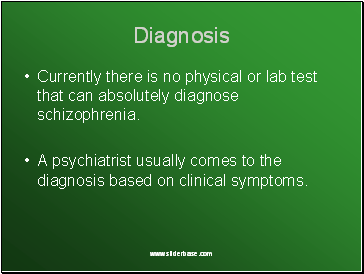 Currently there is no physical or lab test that can absolutely diagnose schizophrenia.

A psychiatrist usually comes to the diagnosis based on clinical symptoms. 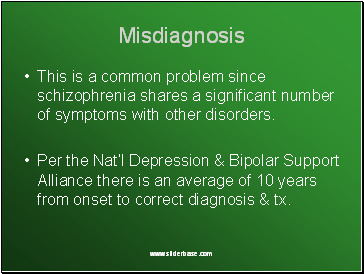 This is a common problem since schizophrenia shares a significant number of symptoms with other disorders.

Per the Nat’l Depression & Bipolar Support Alliance there is an average of 10 years from onset to correct diagnosis & tx. 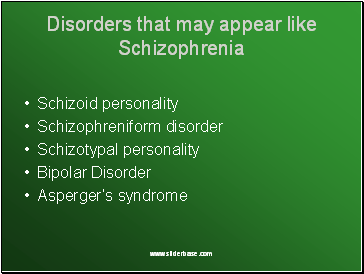 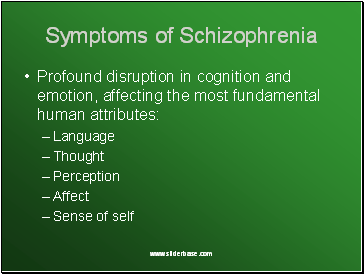 Profound disruption in cognition and emotion, affecting the most fundamental human attributes: