Reduction in the range and intensity of emotional expression, including facial expression, voice tone, eye contact and body language. 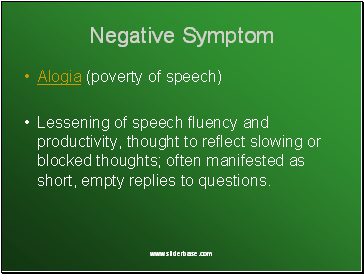 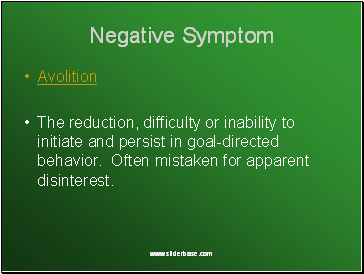 The reduction, difficulty or inability to initiate and persist in goal-directed behavior. Often mistaken for apparent disinterest. 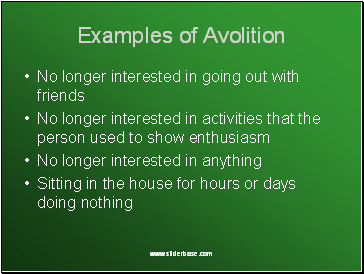 Sitting in the house for hours or days doing nothing 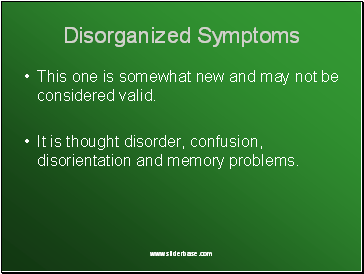 This one is somewhat new and may not be considered valid.

It is thought disorder, confusion, disorientation and memory problems. 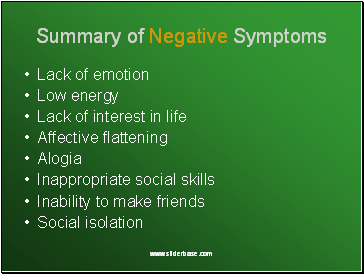 Lack of interest in life 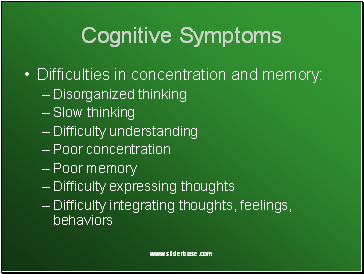 Difficulties in concentration and memory: 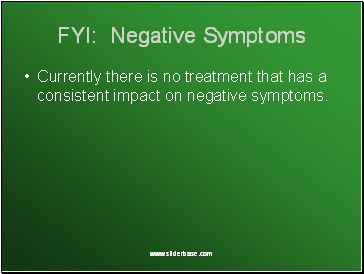 Currently there is no treatment that has a consistent impact on negative symptoms. 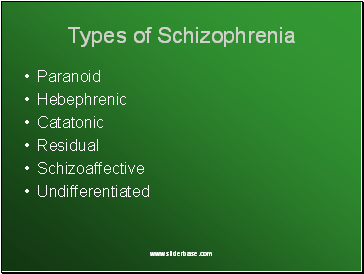 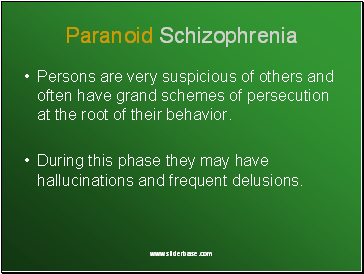 Persons are very suspicious of others and often have grand schemes of persecution at the root of their behavior.

During this phase they may have hallucinations and frequent delusions. 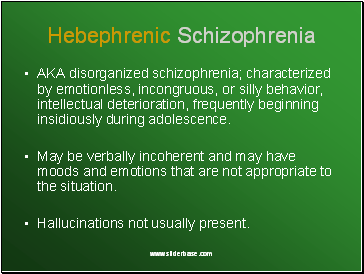