Using genealogical lists in bible and calculated that the world was created one the evening before October 23. 4004 B.C at 9:30 A.M. 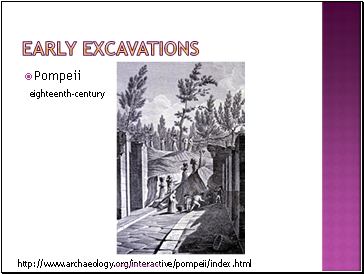 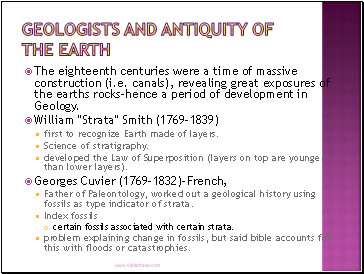 Geologists and Antiquity of the Earth

The eighteenth centuries were a time of massive construction (i.e. canals), revealing great exposures of the earths rocks-hence a period of development in Geology.

first to recognize Earth made of layers.

developed the Law of Superposition (layers on top are younger than lower layers).

Father of Paleontology, worked out a geological history using fossils as type indicator of strata.

problem explaining change in fossils, but said bible accounts for this with floods or catastrophies. 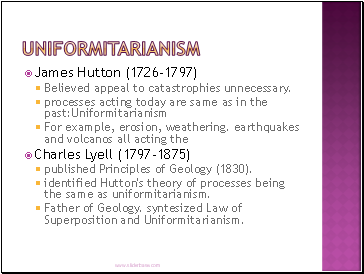 processes acting today are same as in the past:Uniformitarianism

For example, erosion, weathering. earthquakes and volcanos all acting the

identified Hutton's theory of processes being the same as uniformitarianism.

Father of Geology. syntesized Law of Superposition and Uniformitarianism. 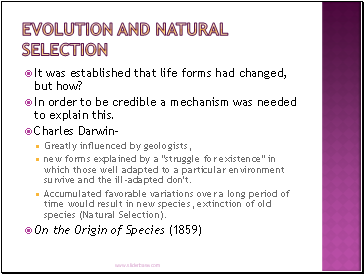 It was established that life forms had changed, but how?

In order to be credible a mechanism was needed to explain this.

new forms explained by a "struggle for existence" in which those well adapted to a particular environment survive and the ill-adapted don't.

Accumulated favorable variations over a long period of time would result in new species, extinction of old species (Natural Selection). 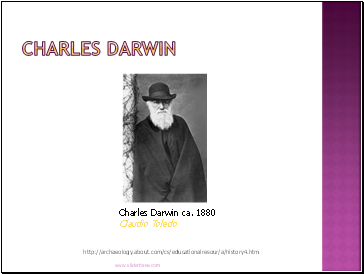 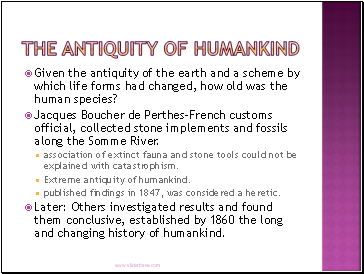 The Antiquity of Humankind