As a human brain develops further, the most profound change occurs in the forebrain, which gives rise to the cerebrum.

The outer portion of the cerebrum called the cerebral cortex surrounds much of the brain. 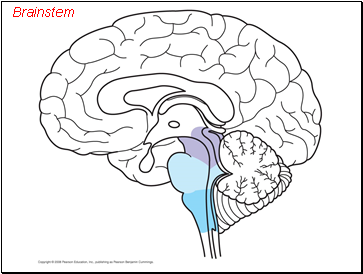 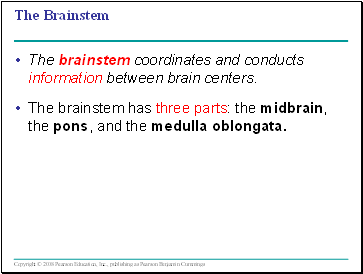 The brainstem coordinates and conducts information between brain centers.

The brainstem has three parts: the midbrain, the pons, and the medulla oblongata. 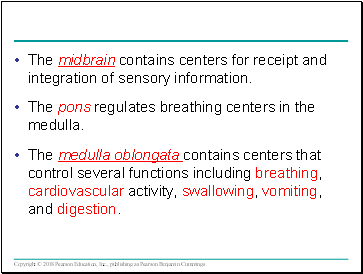 The midbrain contains centers for receipt and integration of sensory information.

The pons regulates breathing centers in the medulla. 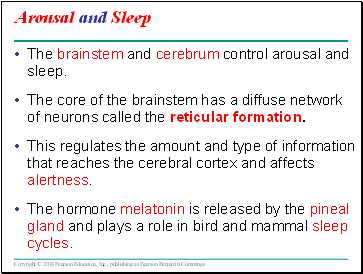 The brainstem and cerebrum control arousal and sleep.

The core of the brainstem has a diffuse network of neurons called the reticular formation.

This regulates the amount and type of information that reaches the cerebral cortex and affects alertness.

The hormone melatonin is released by the pineal gland and plays a role in bird and mammal sleep cycles. 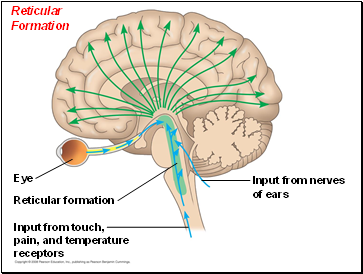 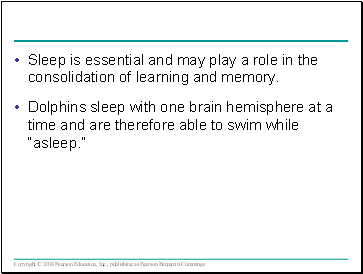 Sleep is essential and may play a role in the consolidation of learning and memory.

Dolphins sleep with one brain hemisphere at a time and are therefore able to swim while “asleep.” 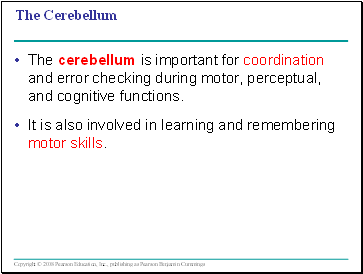 The cerebellum is important for coordination and error checking during motor, perceptual, and cognitive functions.

It is also involved in learning and remembering motor skills. 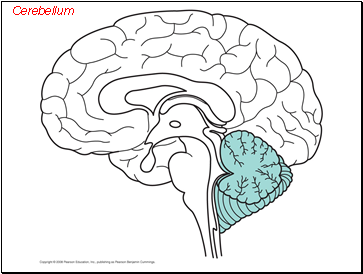 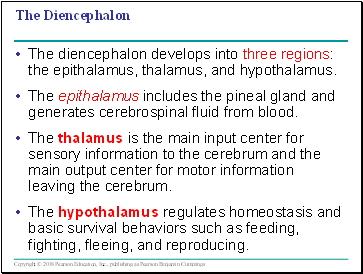 The diencephalon develops into three regions: the epithalamus, thalamus, and hypothalamus.

The epithalamus includes the pineal gland and generates cerebrospinal fluid from blood.

The hypothalamus regulates homeostasis and basic survival behaviors such as feeding, fighting, fleeing, and reproducing.