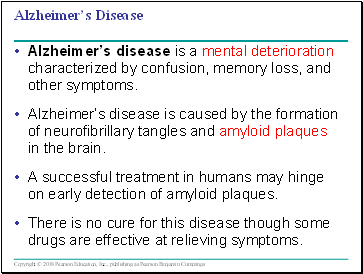 Alzheimer’s disease is a mental deterioration characterized by confusion, memory loss, and other symptoms.

Alzheimer’s disease is caused by the formation of neurofibrillary tangles and amyloid plaques in the brain.

A successful treatment in humans may hinge on early detection of amyloid plaques.

There is no cure for this disease though some drugs are effective at relieving symptoms. 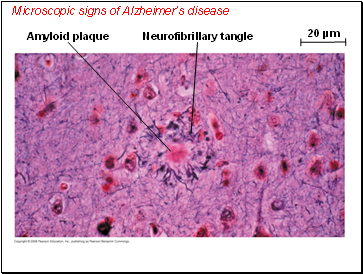 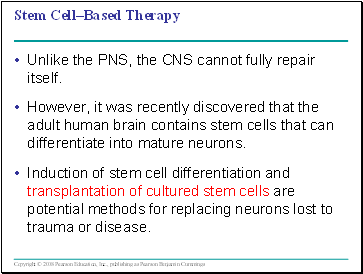 Unlike the PNS, the CNS cannot fully repair itself.

However, it was recently discovered that the adult human brain contains stem cells that can differentiate into mature neurons.

Induction of stem cell differentiation and transplantation of cultured stem cells are potential methods for replacing neurons lost to trauma or disease. 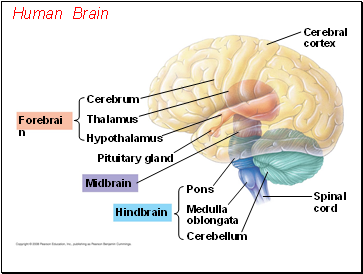 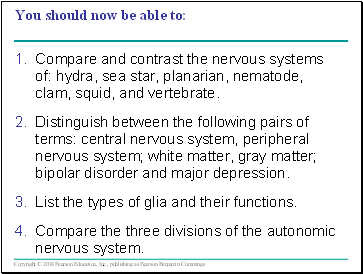 Compare the three divisions of the autonomic nervous system. 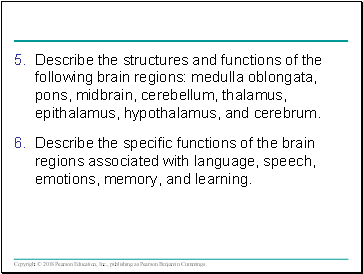 Describe the specific functions of the brain regions associated with language, speech, emotions, memory, and learning. 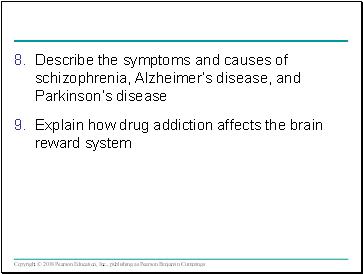 Describe the symptoms and causes of schizophrenia, Alzheimer’s disease, and Parkinson’s disease