Neural plasticity describes the ability of the nervous system to be modified after birth.

Changes can strengthen or weaken signaling at a synapse. 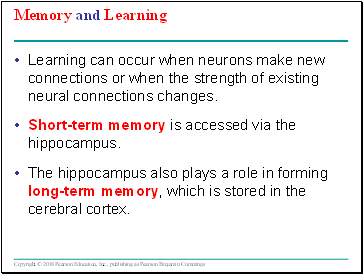 Learning can occur when neurons make new connections or when the strength of existing neural connections changes.

Short-term memory is accessed via the hippocampus.

The hippocampus also plays a role in forming long-term memory, which is stored in the cerebral cortex. 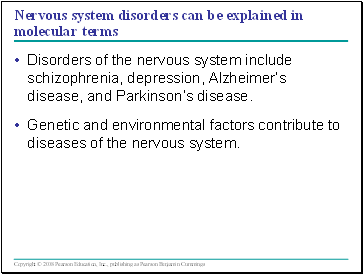 Nervous system disorders can be explained in molecular terms

Disorders of the nervous system include schizophrenia, depression, Alzheimer’s disease, and Parkinson’s disease.

Genetic and environmental factors contribute to diseases of the nervous system. 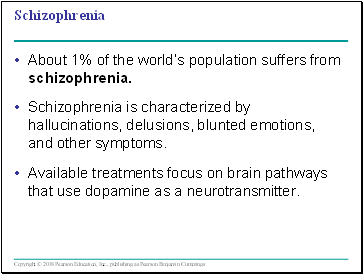 About 1% of the world’s population suffers from schizophrenia.

Schizophrenia is characterized by hallucinations, delusions, blunted emotions, and other symptoms.

Available treatments focus on brain pathways that use dopamine as a neurotransmitter. 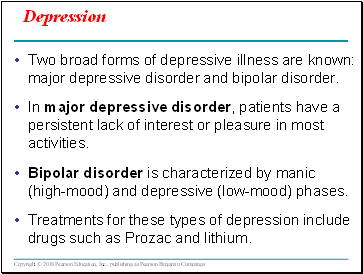 In major depressive disorder, patients have a persistent lack of interest or pleasure in most activities.

Treatments for these types of depression include drugs such as Prozac and lithium. 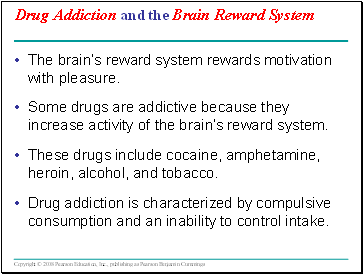 Some drugs are addictive because they increase activity of the brain’s reward system.

These drugs include cocaine, amphetamine, heroin, alcohol, and tobacco.

Drug addiction is characterized by compulsive consumption and an inability to control intake. 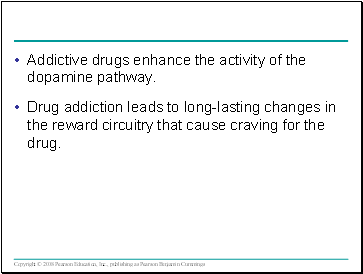 Addictive drugs enhance the activity of the dopamine pathway.

Drug addiction leads to long-lasting changes in the reward circuitry that cause craving for the drug. 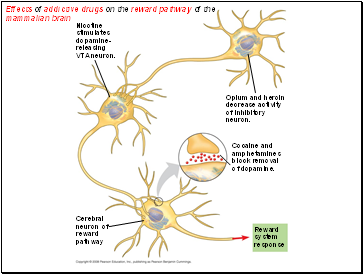