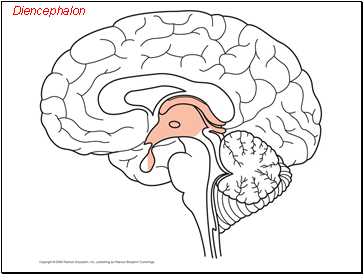 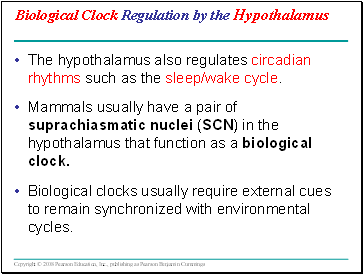 Biological Clock Regulation by the Hypothalamus

The hypothalamus also regulates circadian rhyths such as the sleep/wake cycle.

Mammals usually have a pair of suprachiasmatic nuclei (SCN) in the hypothalamus that function as a biological clock. 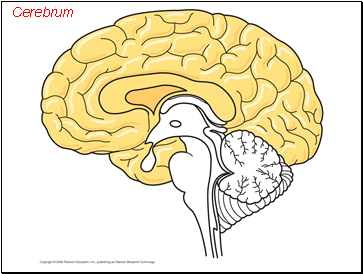 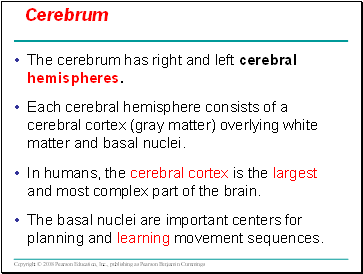 The cerebrum has right and left cerebral hemispheres.

In humans, the cerebral cortex is the largest and most complex part of the brain.

The basal nuclei are important centers for planning and learning movement sequences. 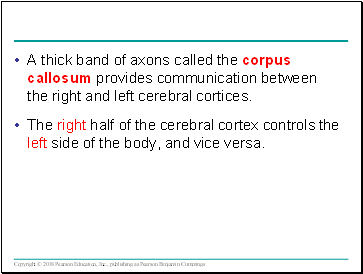 A thick band of axons called the corpus callosum provides communication between the right and left cerebral cortices.

The right half of the cerebral cortex controls the left side of the body, and vice versa. 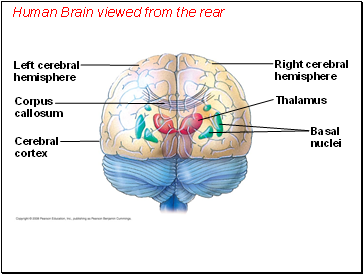 Human Brain viewed from the rear 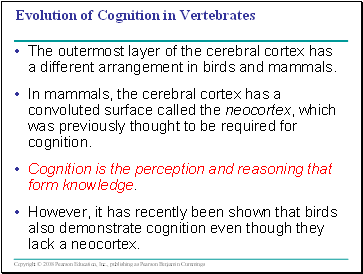 Evolution of Cognition in Vertebrates

The outermost layer of the cerebral cortex has a different arrangement in birds and mammals.

In mammals, the cerebral cortex has a convoluted surface called the neocortex, which was previously thought to be required for cognition.

Cognition is the perception and reasoning that form knowledge.

However, it has recently been shown that birds also demonstrate cognition even though they lack a neocortex. 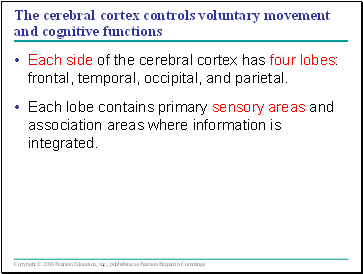 Each side of the cerebral cortex has four lobes: frontal, temporal, occipital, and parietal.

Each lobe contains primary sensory areas and association areas where information is integrated. 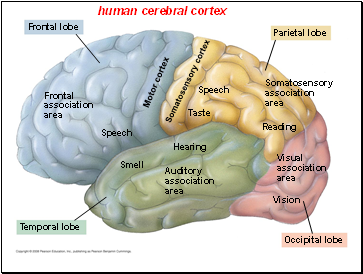