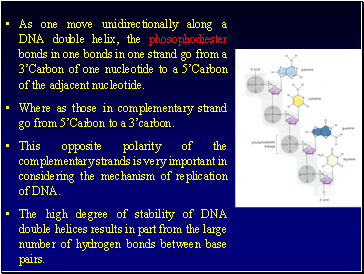 Where as those in complementary strand go from 5’Carbon to a 3’carbon.

This opposite polarity of the complementary strands is very important in considering the mechanism of replication of DNA.

The high degree of stability of DNA double helices results in part from the large number of hydrogen bonds between base pairs. 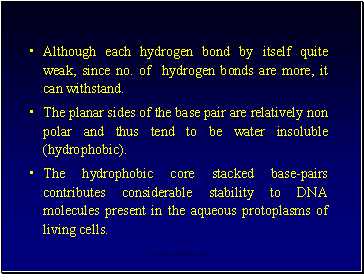 The planar sides of the base pair are relatively non polar and thus tend to be water insoluble (hydrophobic). 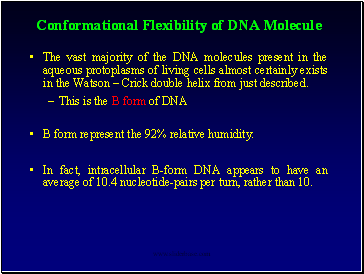 The vast majority of the DNA molecules present in the aqueous protoplasms of living cells almost certainly exists in the Watson – Crick double helix from just described.

This is the B form of DNA

B form represent the 92% relative humidity.

In fact, intracellular B-form DNA appears to have an average of 10.4 nucleotide-pairs per turn, rather than 10. 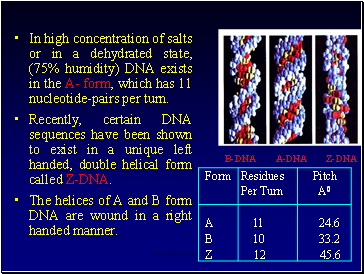 In high concentration of salts or in a dehydrated state, (75% humidity) DNA exists in the A- form, which has 11 nucleotide-pairs per turn.

The helices of A and B form DNA are wound in a right handed manner. 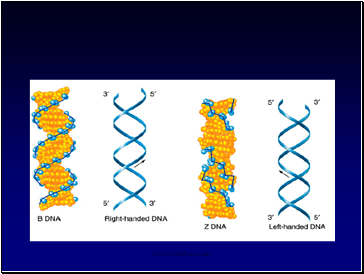 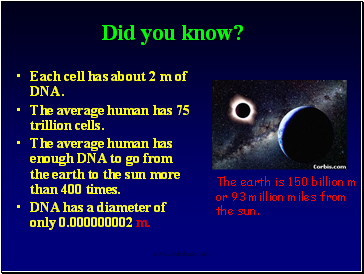 Each cell has about 2 m of DNA.

The average human has 75 trillion cells.

The average human has enough DNA to go from the earth to the sun more than 400 times. 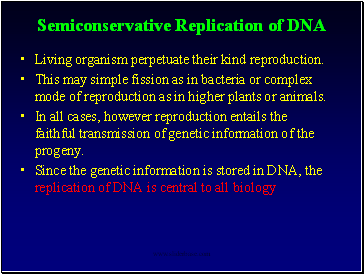 This may simple fission as in bacteria or complex mode of reproduction as in higher plants or animals.

In all cases, however reproduction entails the faithful transmission of genetic information of the progeny.