The Civil Rights Movement was mostly getting the federal government to make state governments to follow federal law. 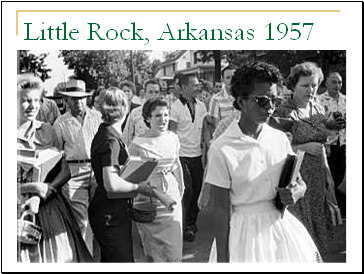 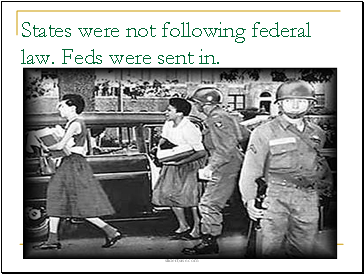 States were not following federal law. Feds were sent in. 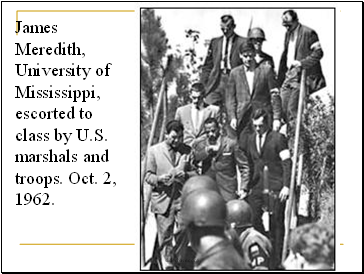 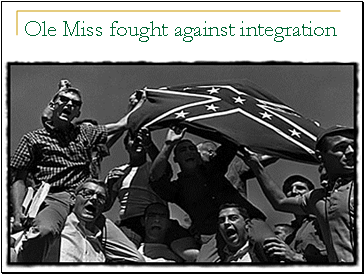 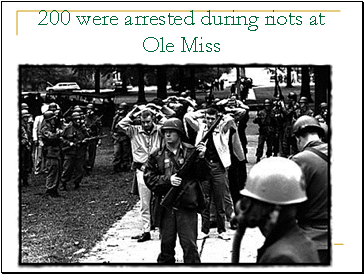 200 were arrested during riots at Ole Miss 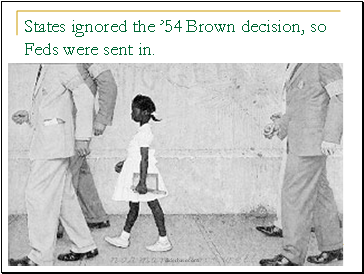 States ignored the ’54 Brown decision, so Feds were sent in. 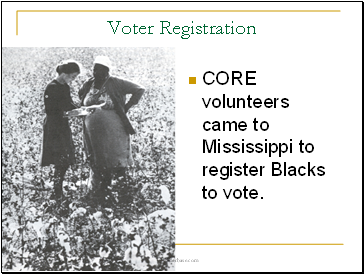 CORE volunteers came to Mississippi to register Blacks to vote. 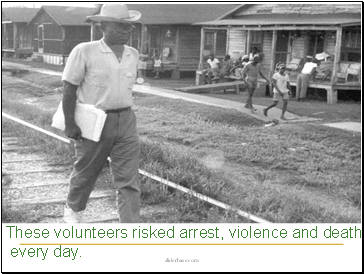 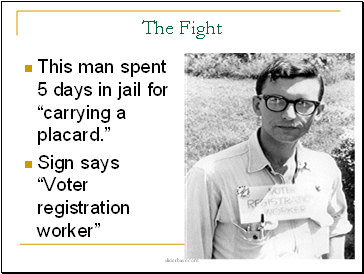 This man spent 5 days in jail for “carrying a placard.” 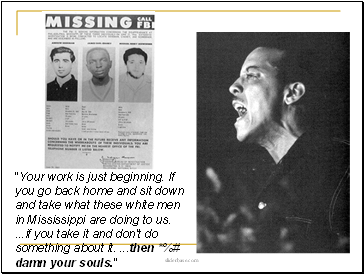 "Your work is just beginning. If you go back home and sit down and take what these white men in Mississippi are doing to us. .if you take it and don't do something about it. .then *%# damn your souls." 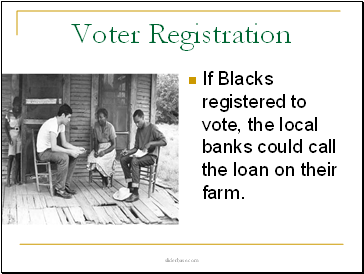 If Blacks registered to vote, the local banks could call the loan on their farm. 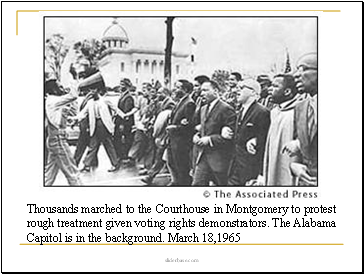 Thousands marched to the Courthouse in Montgomery to protest rough treatment given voting rights demonstrators. The Alabama Capitol is in the background. March 18,1965 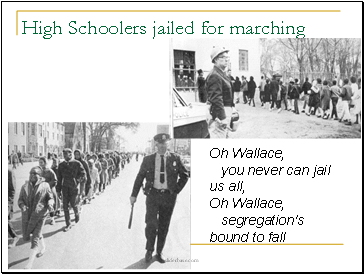 Oh Wallace, you never can jail us all, Oh Wallace, segregation's bound to fall 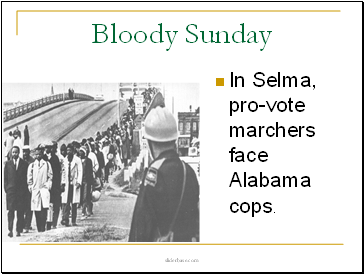 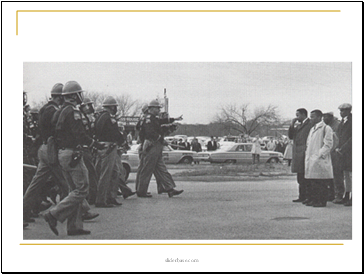