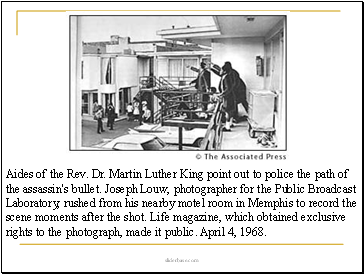 Aides of the Rev. Dr. Martin Luther King point out to police the path of the assassin's bullet. Joseph Louw, photographer for the Public Broadcast Laboratory, rushed from his nearby motel room in Memphis to record the scene moments after the shot. Life magazine, which obtained exclusive rights to the photograph, made it public. April 4, 1968. 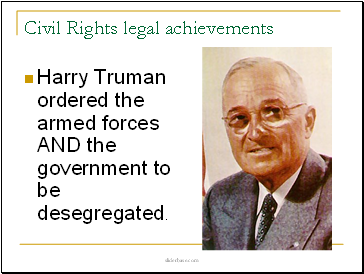 Harry Truman ordered the armed forces AND the government to be desegregated. 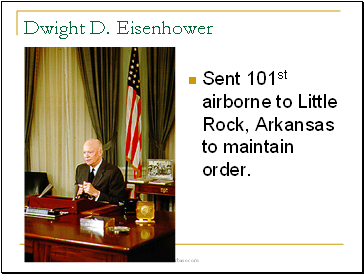 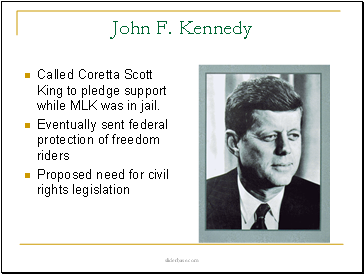 Called Coretta Scott King to pledge support while MLK was in jail.