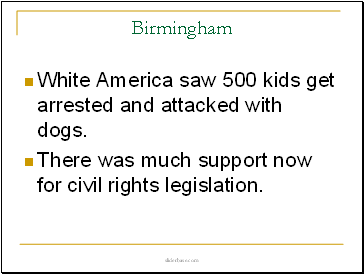 White America saw 500 kids get arrested and attacked with dogs.

There was much support now for civil rights legislation. 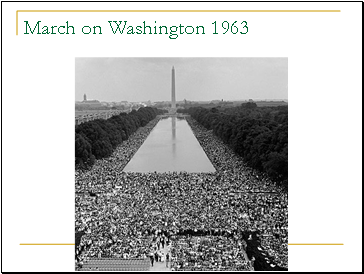 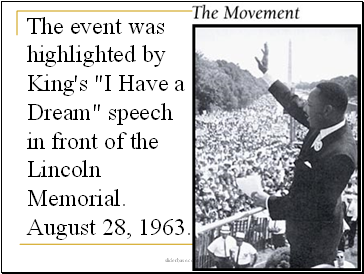 The event was highlighted by King's "I Have a Dream" speech in front of the Lincoln Memorial. August 28, 1963. 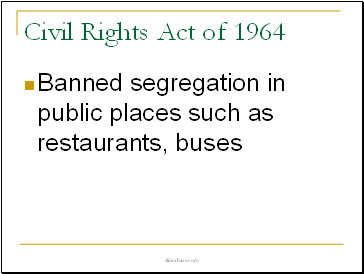 Banned segregation in public places such as restaurants, buses 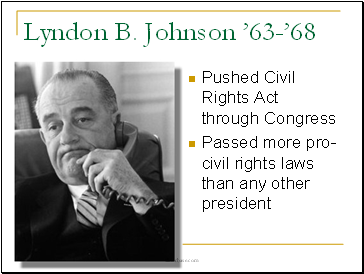 Passed more pro-civil rights laws than any other president 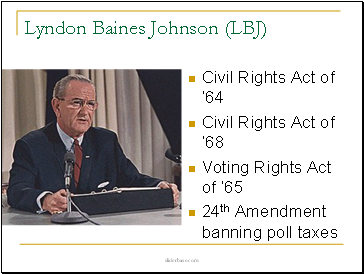 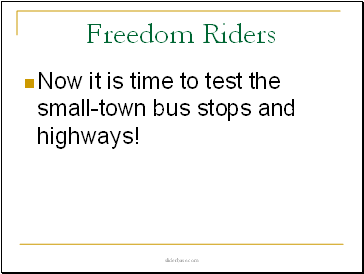 Now it is time to test the small-town bus stops and highways! 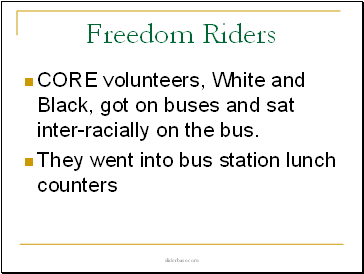 CORE volunteers, White and Black, got on buses and sat inter-racially on the bus. 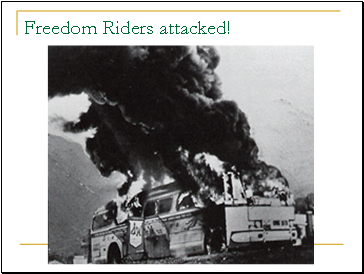 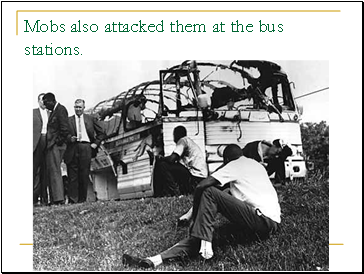 Mobs also attacked them at the bus stations. 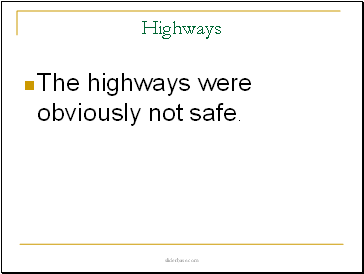 The highways were obviously not safe. 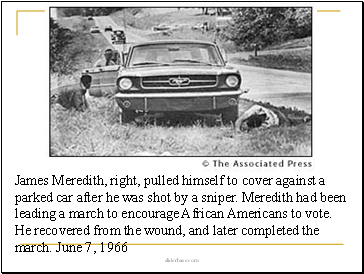 James Meredith, right, pulled himself to cover against a parked car after he was shot by a sniper. Meredith had been leading a march to encourage African Americans to vote. He recovered from the wound, and later completed the march. June 7, 1966 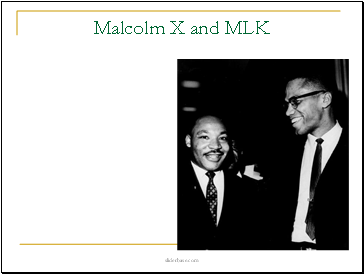 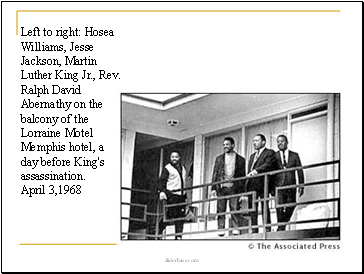