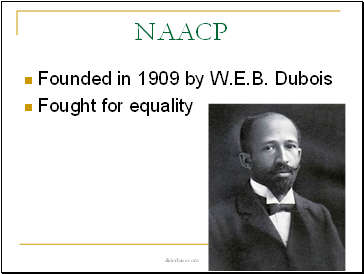 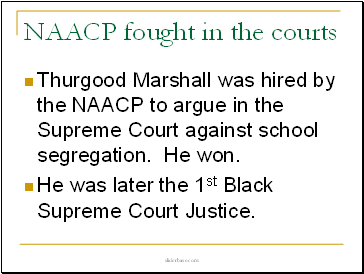 NAACP fought in the courts

Thurgood Marshall was hired by the NAACP to argue in the Supreme Court against school segregation. He won.

He was later the 1st Black Supreme Court Justice. 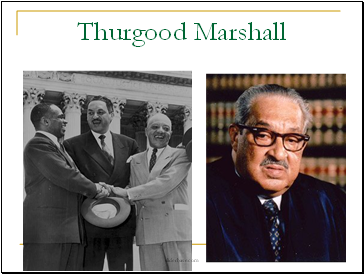 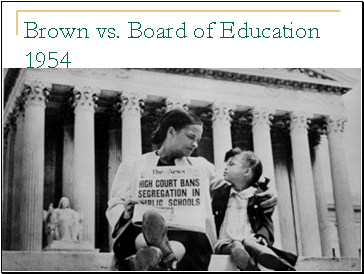 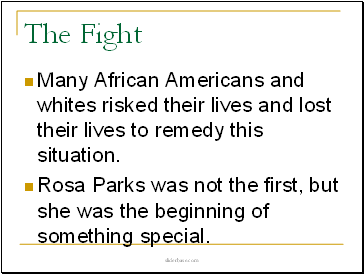 Many African Americans and whites risked their lives and lost their lives to remedy this situation.

Rosa Parks was not the first, but she was the beginning of something special. 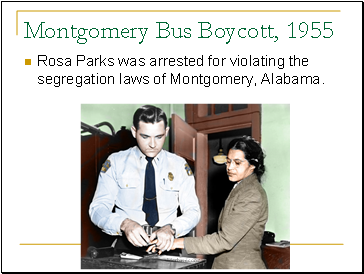 Rosa Parks was arrested for violating the segregation laws of Montgomery, Alabama. 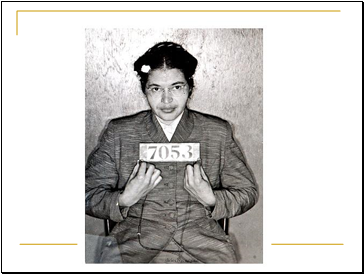 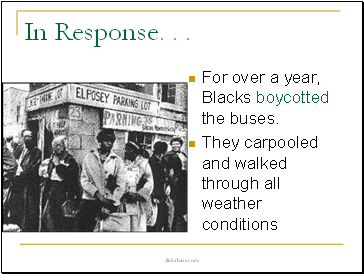 For over a year, Blacks boycotted the buses.

They carpooled and walked through all weather conditions 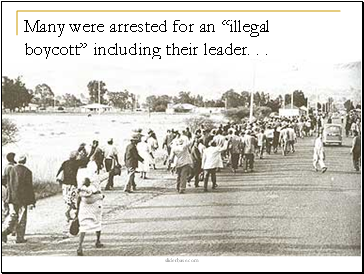 Many were arrested for an “illegal boycott” including their leader. . . 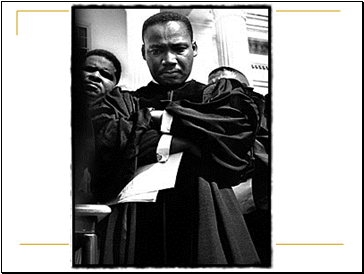 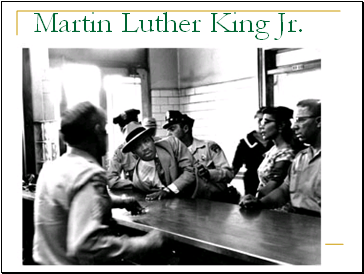 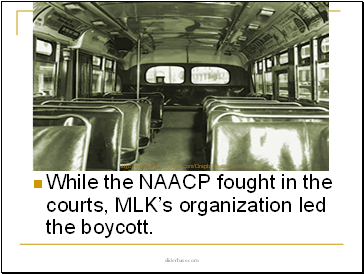 While the NAACP fought in the courts, MLK’s organization led the boycott. 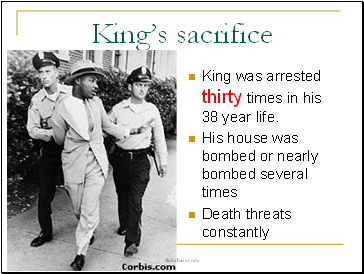 King was arrested thirty times in his 38 year life.

His house was bombed or nearly bombed several times 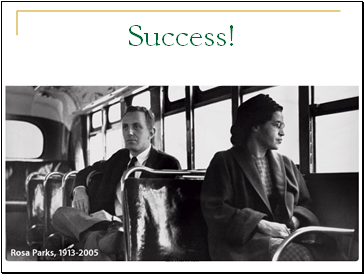 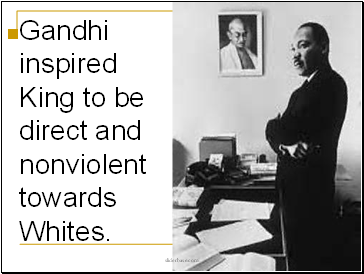 Gandhi inspired King to be direct and nonviolent towards Whites. 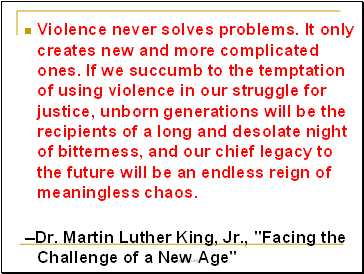 Violence never solves problems. It only creates new and more complicated ones. If we succumb to the temptation of using violence in our struggle for justice, unborn generations will be the recipients of a long and desolate night of bitterness, and our chief legacy to the future will be an endless reign of meaningless chaos.