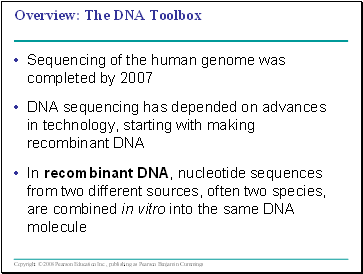 Sequencing of the human genome was completed by 2007

DNA sequencing has depended on advances in technology, starting with making recombinant DNA 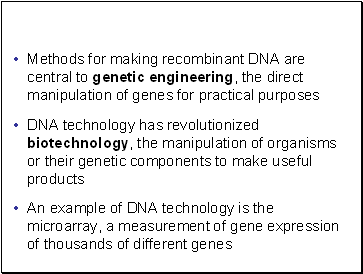 Methods for making recombinant DNA are central to genetic engineering, the direct manipulation of genes for practical purposes

DNA technology has revolutionized biotechnology, the manipulation of organisms or their genetic components to make useful products

An example of DNA technology is the microarray, a measurement of gene expression of thousands of different genes 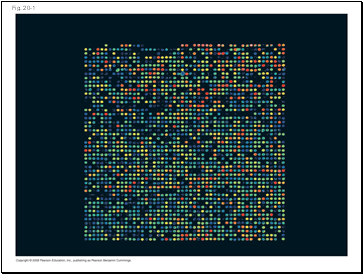 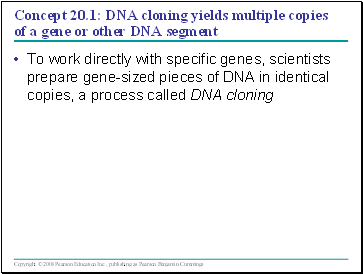 Concept 20.1: DNA cloning yields multiple copies of a gene or other DNA segment 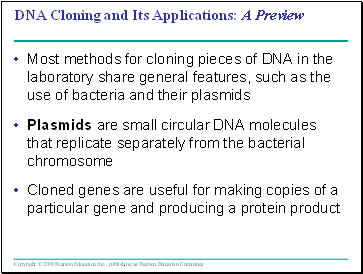 DNA Cloning and Its Applications: A Preview

Most methods for cloning pieces of DNA in the laboratory share general features, such as the use of bacteria and their plasmids 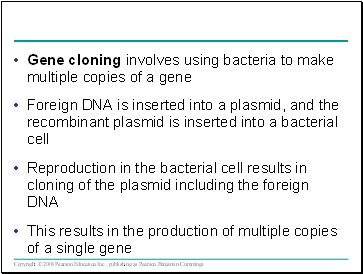 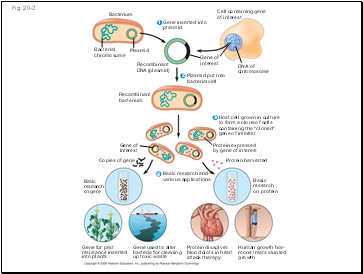 Protein expressed by gene of interest