The females are often more showy than the males.

Polyandry is a rare mating system. 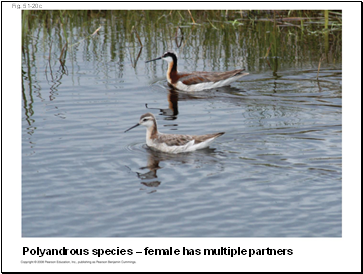 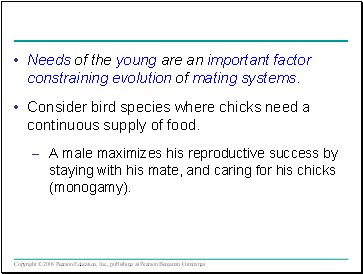 Needs of the young are an important factor constraining evolution of mating systems.

A male maximizes his reproductive success by staying with his mate, and caring for his chicks (monogamy). 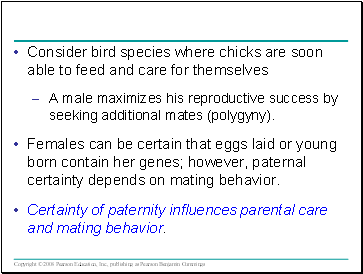 Females can be certain that eggs laid or young born contain her genes; however, paternal certainty depends on mating behavior. 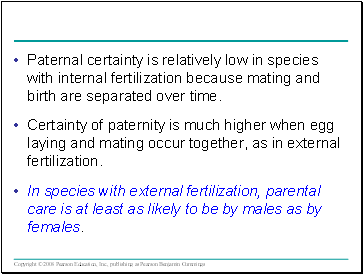 Paternal certainty is relatively low in species with internal fertilization because mating and birth are separated over time.

Certainty of paternity is much higher when egg laying and mating occur together, as in external fertilization.

In species with external fertilization, parental care is at least as likely to be by males as by females. 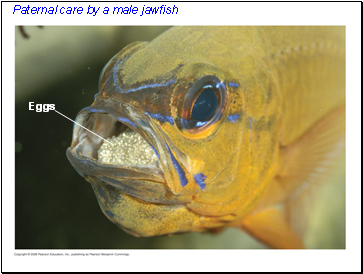 Paternal care by a male jawfish 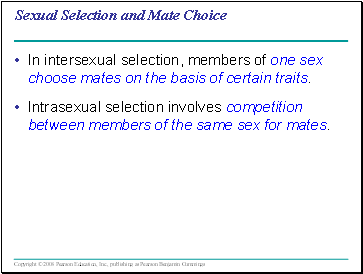 In intersexual selection, members of one sex choose mates on the basis of certain traits.

Intrasexual selection involves competition between members of the same sex for mates. 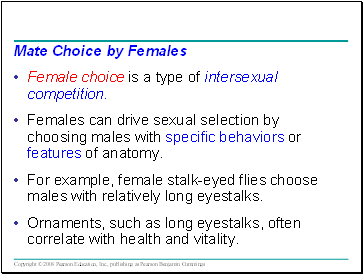 Female choice is a type of intersexual competition.

Females can drive sexual selection by choosing males with specific behaviors or features of anatomy.

Ornaments, such as long eyestalks, often correlate with health and vitality. 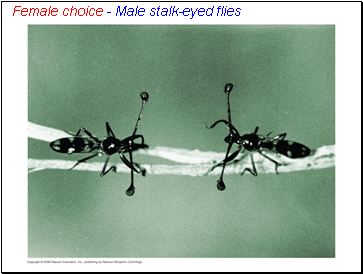 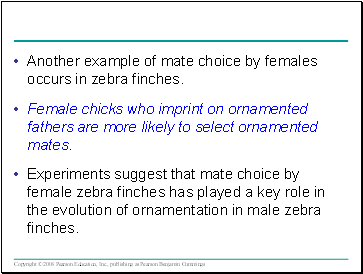 Another example of mate choice by females occurs in zebra finches.