A bee returning from the field performs a dance to communicate information about the position of a food source. 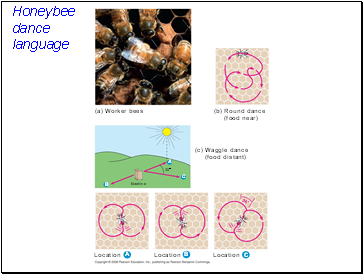 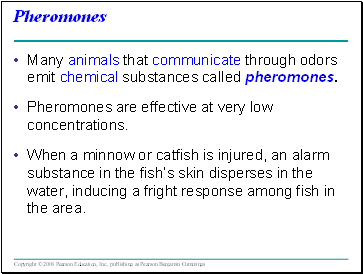 When a minnow or catfish is injured, an alarm substance in the fish’s skin disperses in the water, inducing a fright response among fish in the area. 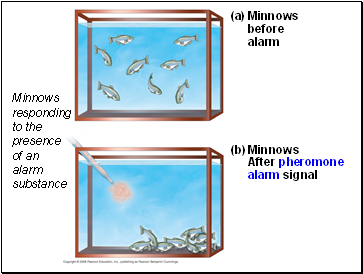 Minnows responding to the presence 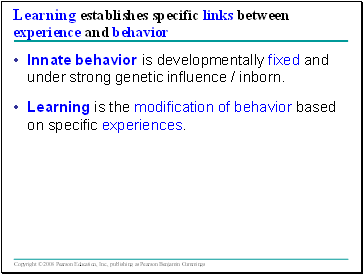 Learning is the modification of behavior based on specific experiences. 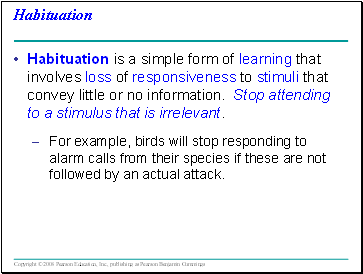 Habituation is a simple form of learning that involves loss of responsiveness to stimuli that convey little or no information. Stop attending to a stimulus that is irrelevant.

For example, birds will stop responding to alarm calls from their species if these are not followed by an actual attack. 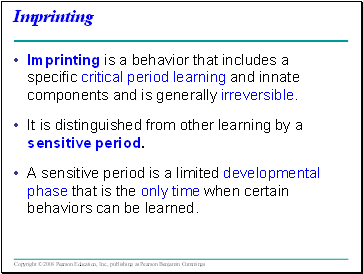 Imprinting is a behavior that includes a specific critical period learning and innate components and is generally irreversible.

It is distinguished from other learning by a sensitive period.

A sensitive period is a limited developmental phase that is the only time when certain behaviors can be learned. 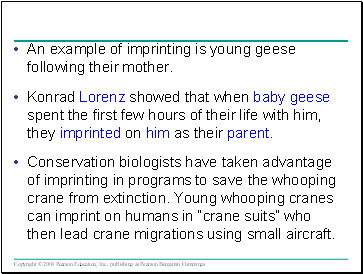 An example of imprinting is young geese following their mother.

Konrad Lorenz showed that when baby geese spent the first few hours of their life with him, they imprinted on him as their parent.

Conservation biologists have taken advantage of imprinting in programs to save the whooping crane from extinction. Young whooping cranes can imprint on humans in “crane suits” who then lead crane migrations using small aircraft. 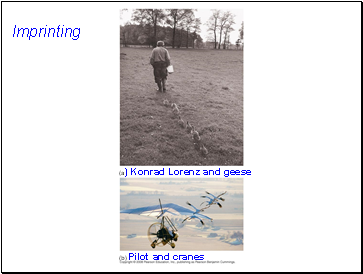