Development of some behaviors occurs in distinct stages.

For example a white-crowned sparrow memorizes the song of its species during an early sensitive period.

The bird then learns to sing the song during a second learning phase. 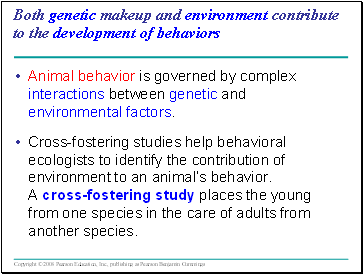 Both genetic makeup and environment contribute to the development of behaviors

Animal behavior is governed by complex interactions between genetic and environmental factors.

Cross-fostering studies help behavioral ecologists to identify the contribution of environment to an animal’s behavior. A cross-fostering study places the young from one species in the care of adults from another species. 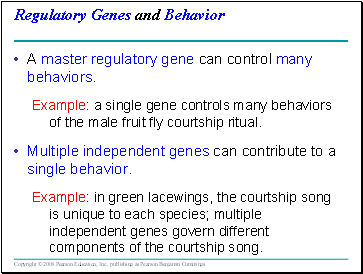 A master regulatory gene can control many behaviors.

Multiple independent genes can contribute to a single behavior. 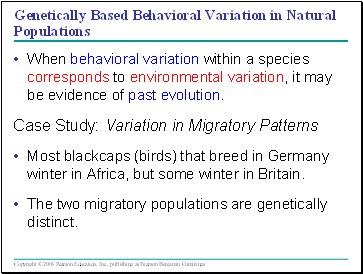 When behavioral variation within a species corresponds to environmental variation, it may be evidence of past evolution.

Most blackcaps (birds) that breed in Germany winter in Africa, but some winter in Britain. 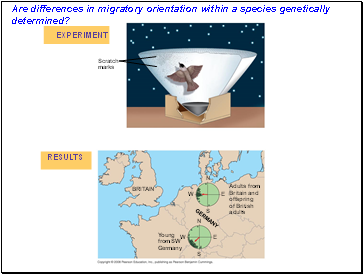 Are differences in migratory orientation within a species genetically determined? 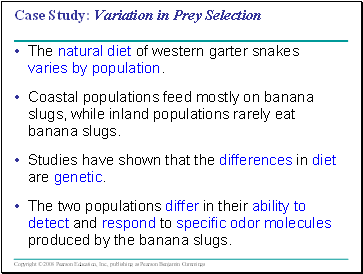 The natural diet of western garter snakes varies by population.

Studies have shown that the differences in diet are genetic.

The two populations differ in their ability to detect and respond to specific odor molecules produced by the banana slugs. 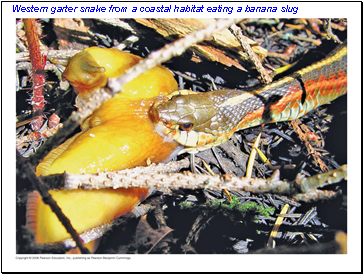 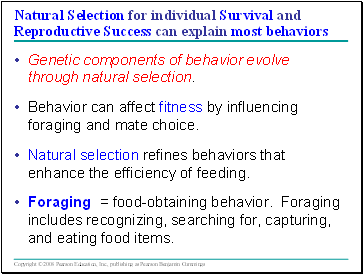