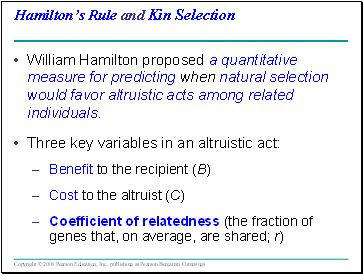 Benefit to the recipient (B)

Cost to the altruist (C)

Coefficient of relatedness (the fraction of genes that, on average, are shared; r) 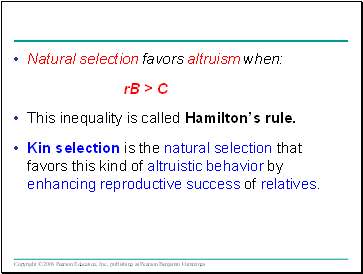 This inequality is called Hamilton’s rule.

Kin selection is the natural selection that favors this kind of altruistic behavior by enhancing reproductive success of relatives. 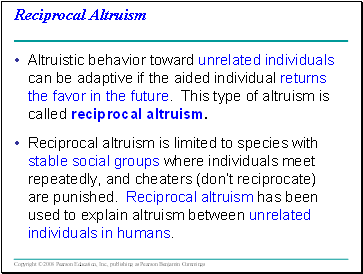 Altruistic behavior toward unrelated individuals can be adaptive if the aided individual returns the favor in the future. This type of altruism is called reciprocal altruism. 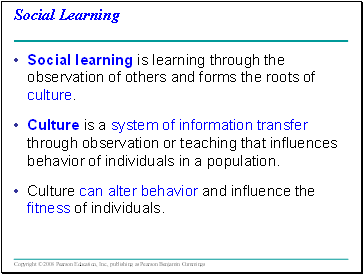 Social learning is learning through the observation of others and forms the roots of culture.

Culture is a system of information transfer through observation or teaching that influences behavior of individuals in a population.

Culture can alter behavior and influence the fitness of individuals. 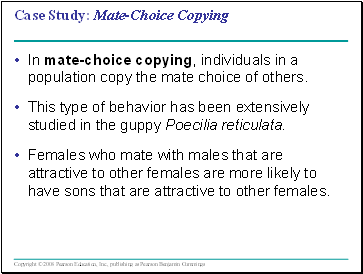 In mate-choice copying, individuals in a population copy the mate choice of others.

This type of behavior has been extensively studied in the guppy Poecilia reticulata. 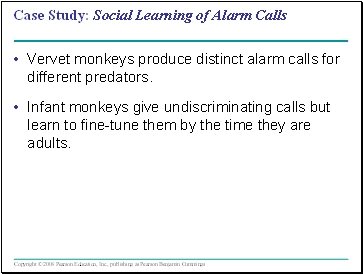 Infant monkeys give undiscriminating calls but learn to fine-tune them by the time they are adults. 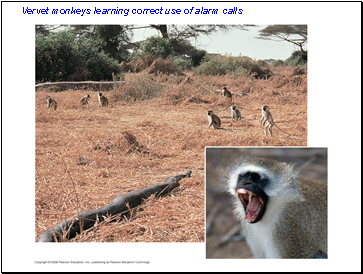 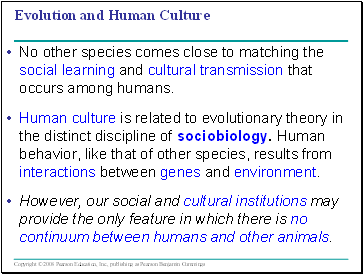 No other species comes close to matching the social learning and cultural transmission that occurs among humans.