Human culture is related to evolutionary theory in the distinct discipline of sociobiology. Human behavior, like that of other species, results from interactions between genes and environment.

However, our social and cultural institutions may provide the only feature in which there is no continuum between humans and other animals. 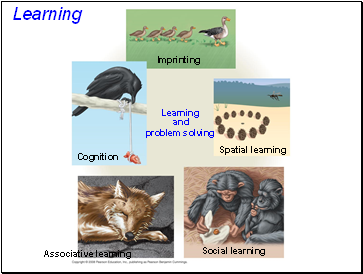 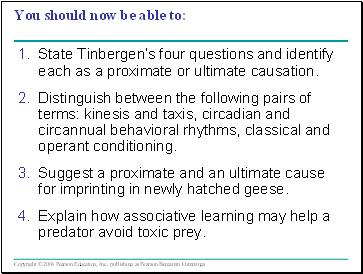 State Tinbergen’s four questions and identify each as a proximate or ultimate causation.

Distinguish between the following pairs of terms: kinesis and taxis, circadian and circannual behavioral rhyths, classical and operant conditioning.

Suggest a proximate and an ultimate cause for imprinting in newly hatched geese. 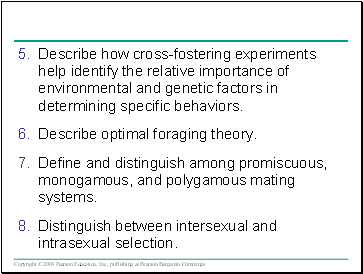 Define and distinguish among promiscuous, monogamous, and polygamous mating systems.

Distinguish between intersexual and intrasexual selection. 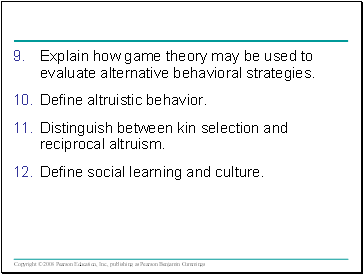 Explain how game theory may be used to evaluate alternative behavioral strategies.