Behavior can affect fitness by influencing foraging and mate choice.

Natural selection refines behaviors that enhance the efficiency of feeding. 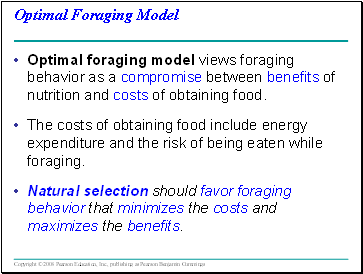 Optimal foraging model views foraging behavior as a compromise between benefits of nutrition and costs of obtaining food.

The costs of obtaining food include energy expenditure and the risk of being eaten while foraging.

Natural selection should favor foraging behavior that minimizes the costs and maximizes the benefits. 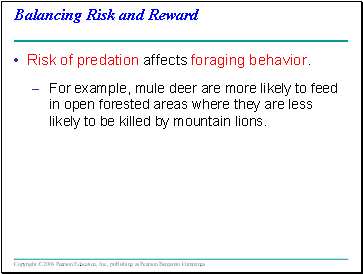 For example, mule deer are more likely to feed in open forested areas where they are less likely to be killed by mountain lions. 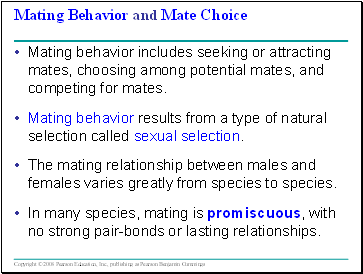 The mating relationship between males and females varies greatly from species to species.

In many species, mating is promiscuous, with no strong pair-bonds or lasting relationships. 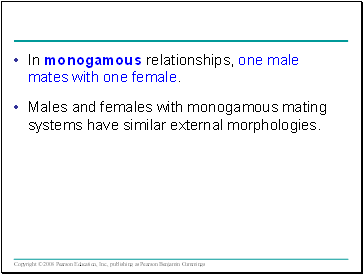 In monogamous relationships, one male mates with one female. 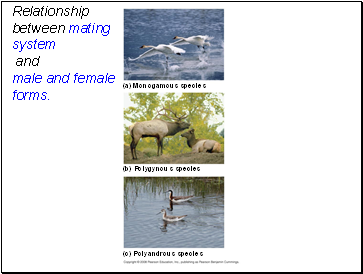 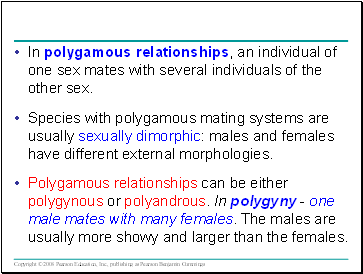 In polygamous relationships, an individual of one sex mates with several individuals of the other sex.

Polygamous relationships can be either polygynous or polyandrous. In polygyny - one male mates with many females. The males are usually more showy and larger than the females. 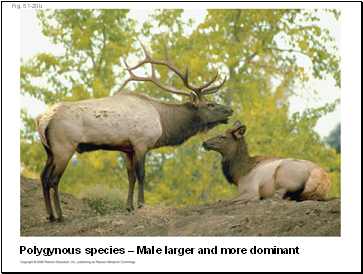 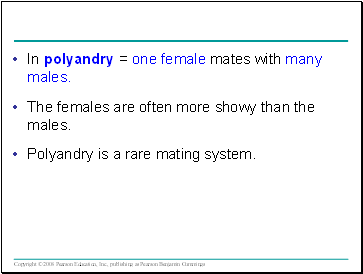 In polyandry = one female mates with many males.