A taxis is a more or less automatic, oriented movement toward or away from a stimulus.

Many stream fish exhibit a positive taxis and automatically swim in an upstream direction.

This taxis prevents them from being swept away and keeps them facing the direction from which food will come. 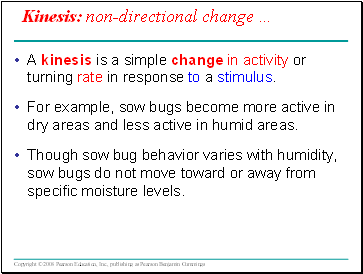 A kinesis is a simple change in activity or turning rate in response to a stimulus.

Though sow bug behavior varies with humidity, sow bugs do not move toward or away from specific moisture levels. 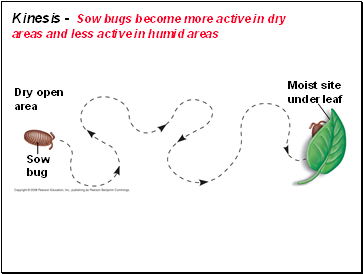 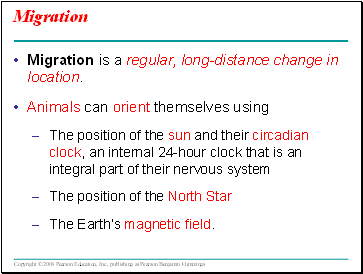 Migration is a regular, long-distance change in location.

Animals can orient themselves using

The position of the sun and their circadian clock, an internal 24-hour clock that is an integral part of their nervous system

The position of the North Star 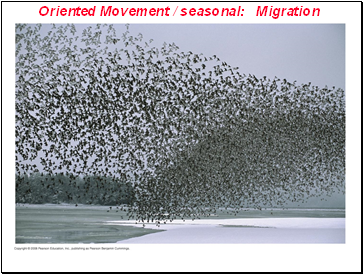 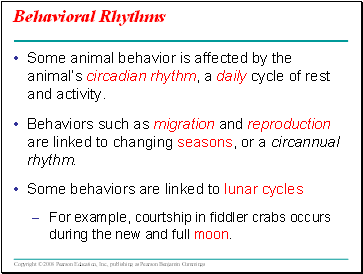 Some animal behavior is affected by the animal’s circadian rhyth, a daily cycle of rest and activity.

Behaviors such as migration and reproduction are linked to changing seasons, or a circannual rhyth.

Some behaviors are linked to lunar cycles

For example, courtship in fiddler crabs occurs during the new and full moon. 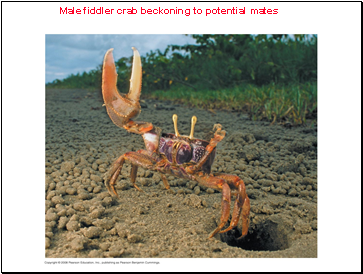 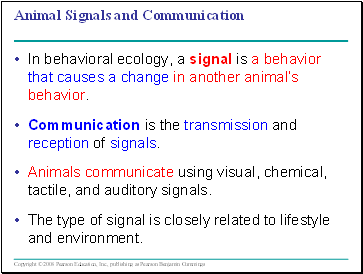 In behavioral ecology, a signal is a behavior that causes a change in another animal’s behavior.

Communication is the transmission and reception of signals.

The type of signal is closely related to lifestyle and environment. 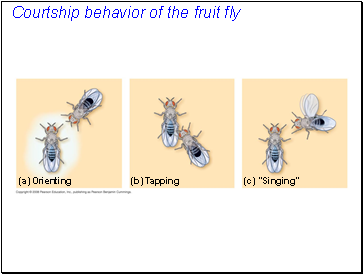 Courtship behavior of the fruit fly 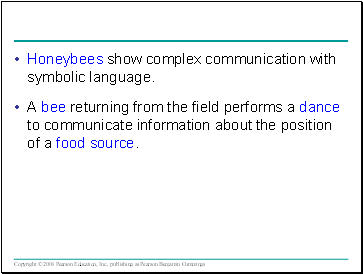