Fall of Rome and start of Middle Ages
Page
3 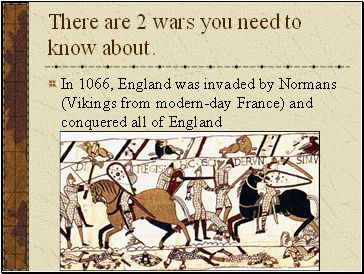 There are 2 wars you need to know about.

In 1066, England was invaded by Normans (Vikings from modern-day France) and conquered all of England 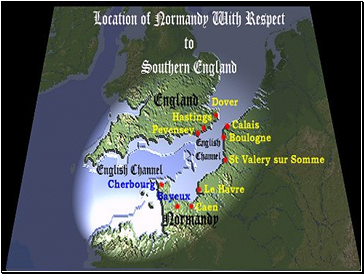 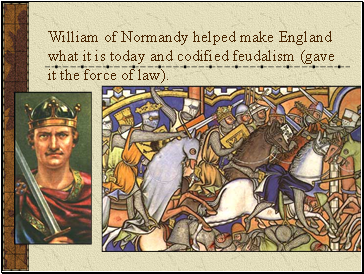 William of Normandy helped make England what it is today and codified feudalism (gave it the force of law). 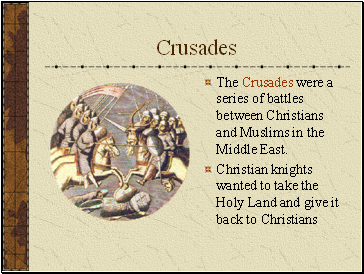 The Crusades were a series of battles between Christians and Muslims in the Middle East. 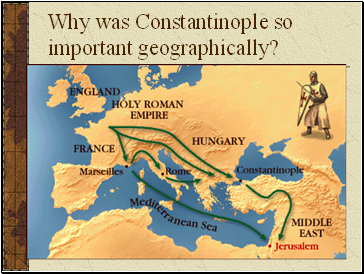 Why was Constantinople so important geographically? 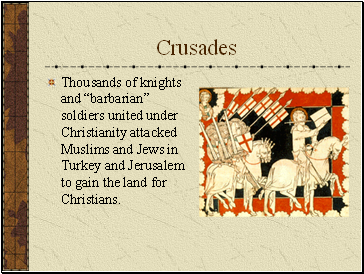 Thousands of knights and “barbarian” soldiers united under Christianity attacked Muslims and Jews in Turkey and Jerusalem to gain the land for Christians. 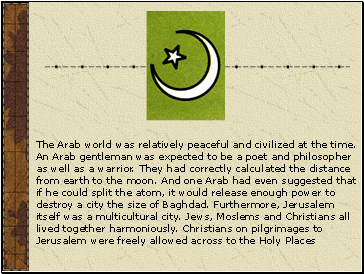 The Arab world was relatively peaceful and civilized at the time. An Arab gentleman was expected to be a poet and philosopher as well as a warrior. They had correctly calculated the distance from earth to the moon. And one Arab had even suggested that if he could split the atom, it would release enough power to destroy a city the size of Baghdad. Furthermore, Jerusalem itself was a multicultural city. Jews, Moslems and Christians all lived together harmoniously. Christians on pilgrimages to Jerusalem were freely allowed across to the Holy Places 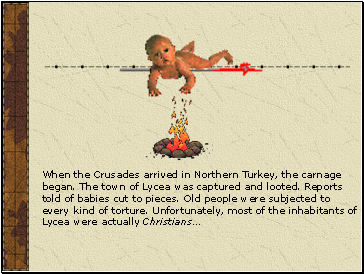 When the Crusades arrived in Northern Turkey, the carnage began. The town of Lycea was captured and looted. Reports told of babies cut to pieces. Old people were subjected to every kind of torture. Unfortunately, most of the inhabitants of Lycea were actually Christians… 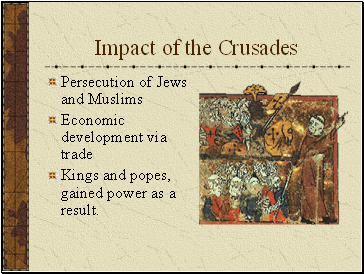 Impact of the Crusades

Persecution of Jews and Muslims

Kings and popes, gained power as a result. 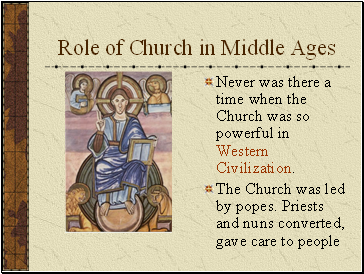 Role of Church in Middle Ages

Never was there a time when the Church was so powerful in Western Civilization.

The Church was led by popes. Priests and nuns converted, gave care to people 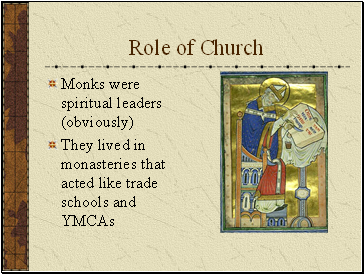