Bark consists of all the tissues external to the vascular cambium, including secondary phloem and periderm.

Lenticels in the periderm allow for gas exchange between living stem or root cells and the outside air. 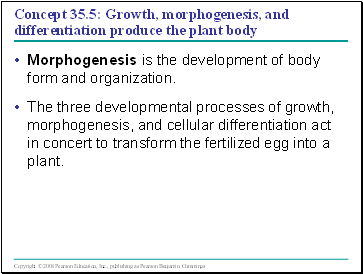 Morphogenesis is the development of body form and organization.

The three developmental processes of growth, morphogenesis, and cellular differentiation act in concert to transform the fertilized egg into a plant. 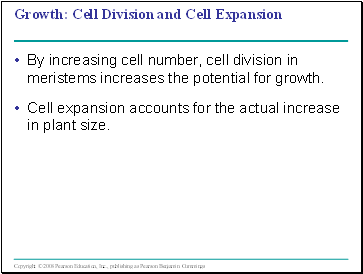 By increasing cell number, cell division in meristems increases the potential for growth.

Cell expansion accounts for the actual increase in plant size. 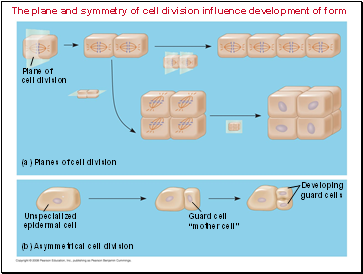 The plane and symmetry of cell division influence development of form

(a) Planes of cell division 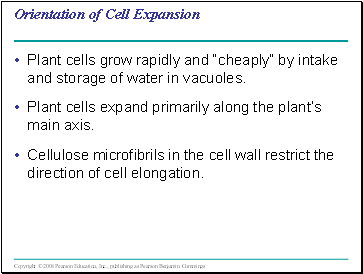 Plant cells grow rapidly and “cheaply” by intake and storage of water in vacuoles.

Cellulose microfibrils in the cell wall restrict the direction of cell elongation. 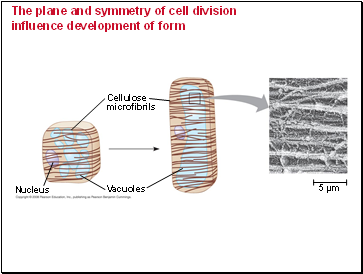 The plane and symmetry of cell division influence development of form 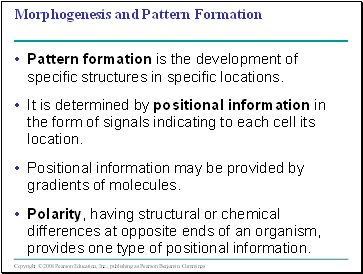 Pattern formation is the development of specific structures in specific locations.

It is determined by positional information in the form of signals indicating to each cell its location.

Positional information may be provided by gradients of molecules.

Polarity, having structural or chemical differences at opposite ends of an organism, provides one type of positional information. 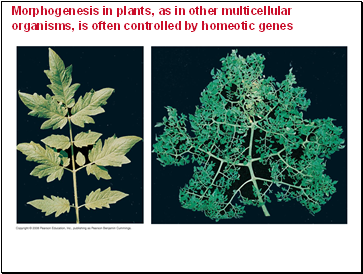 Morphogenesis in plants, as in other multicellular organisms, is often controlled by homeotic genes 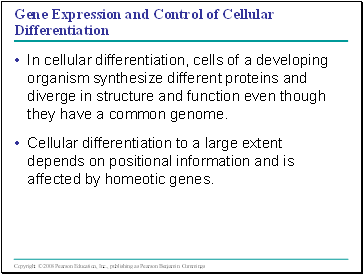 In cellular differentiation, cells of a developing organism synthesize different proteins and diverge in structure and function even though they have a common genome.