In animals, parental care of smaller broods may facilitate survival of offspring.

Some plants, like the dandelion, produce a large number of small seeds, ensuring that at least some of them will grow and eventually reproduce.

Other types of plants, like the coconut tree, produce a moderate number of large seeds that provide a large store of energy that will help seedlings become established. 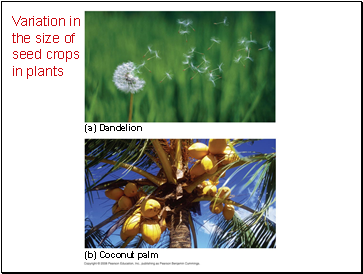 Variation in the size of seed crops in plants 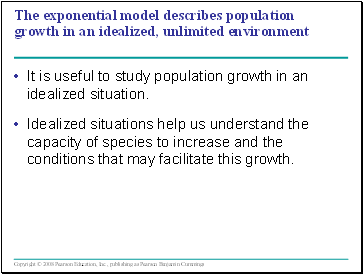 It is useful to study population growth in an idealized situation.

Idealized situations help us understand the capacity of species to increase and the conditions that may facilitate this growth. 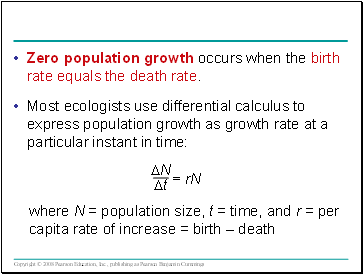 Most ecologists use differential calculus to express population growth as growth rate at a particular instant in time: 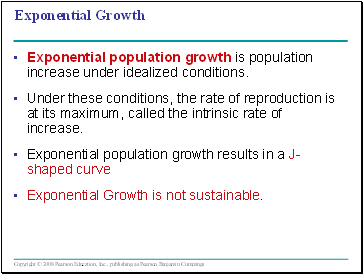 Under these conditions, the rate of reproduction is at its maximum, called the intrinsic rate of increase.

Exponential Growth is not sustainable. 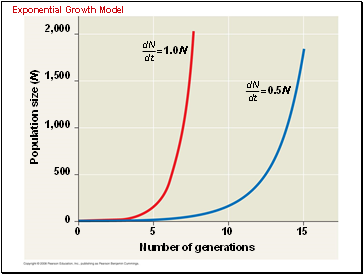 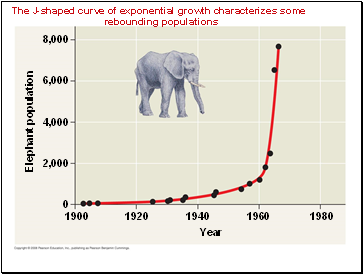 The J-shaped curve of exponential growth characterizes some rebounding populations 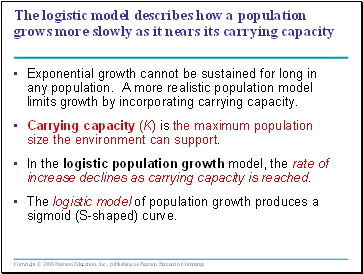 Carrying capacity (K) is the maximum population size the environment can support.

In the logistic population growth model, the rate of increase declines as carrying capacity is reached.