These are groups of countries that make agreements to reduce barriers to trade (e.g. to reduce import taxes)- this increases trade between members of the group.

When a poor country joins a trading group, the amount of money the country gets from trading increases-more money means that more development can take place. 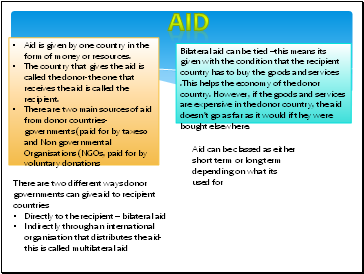 Aid is given by one country in the form of money or resources.

There are two main sources of aid from donor countries- governments (paid for by taxes0 and Non governmental Organisations (NGOs, paid for by voluntary donations

Directly to the recipient – bilateral aid 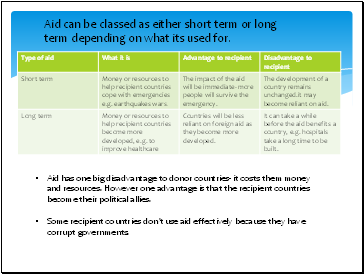 Aid can be classed as either short term or long term depending on what its used for.

Aid has one big disadvantage to donor countries- it costs them money and resources. However one advantage is that the recipient countries become their political allies.

Some recipient countries don’t use aid effectively because they have corrupt governments. 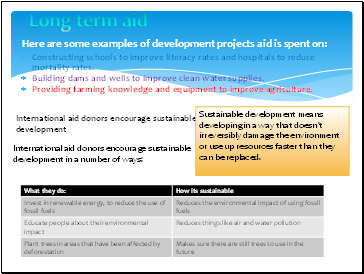 Here are some examples of development projects aid is spent on:

Sustainable development means developing in a way that doesn’t irreversibly damage the environment or use up resources faster than they can be replaced. 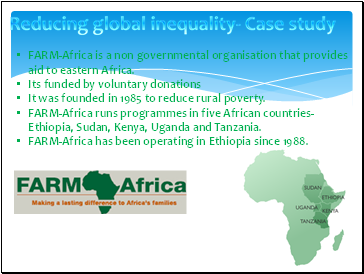