FARM-Africa is a non governmental organisation that provides aid to eastern Africa.

Its funded by voluntary donations

It was founded in 1985 to reduce rural poverty.

FARM-Africa has been operating in Ethiopia since 1988. 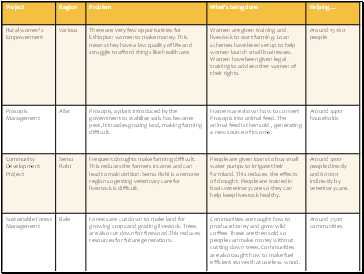 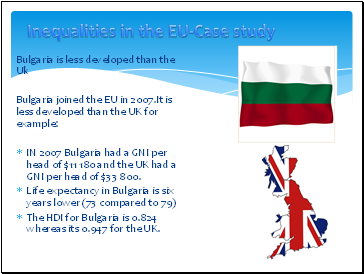 Inequalities in the EU-Case study

Bulgaria is less developed than the Uk

Bulgaria joined the EU in 2007.It is less developed than the UK for example: 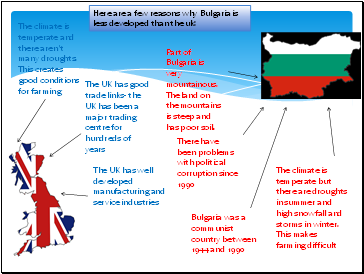 Here are a few reasons why Bulgaria is less developed than the uk:

The climate is temperate and there aren't many droughts. This creates good conditions for farming

The UK has well developed manufacturing and service industries

The climate is temperate but there are droughts in summer and high snowfall and storms in winter. This makes farming difficult

Bulgaria was a communist country between 1944 and 1990

Part of Bulgaria is very mountainous. The land on the mountains is steep and has poor soil.

There have been problems with political corruption since 1990