Calculated the time needed for one rotation around the sun (solar year), with

Current names of most constellations, and many stars are from Arabic 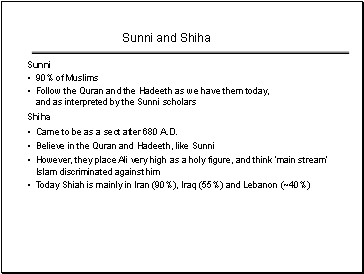 Follow the Quran and the Hadeeth as we have them today,

and as interpreted by the Sunni scholars

However, they place Ali very high as a holy figure, and think ‘main stream’

Islam discriminated against him 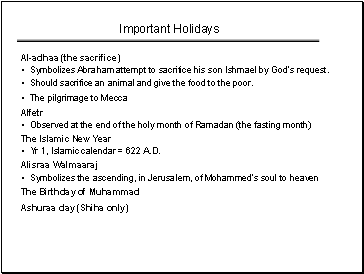 Should sacrifice an animal and give the food to the poor.

The pilgrimage to Mecca

Symbolizes the ascending, in Jerusalem, of Mohammed's soul to heaven

The Birthday of Muhammad 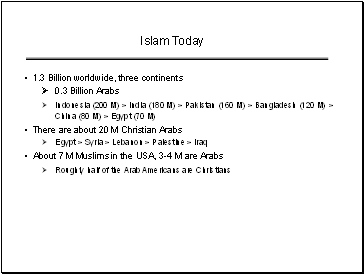 There are about 20 M Christian Arabs

Roughly half of the Arab Americans are Christians 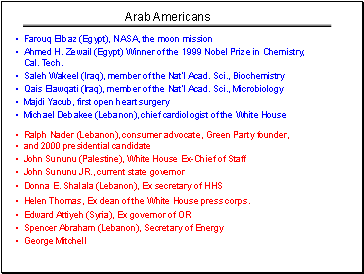